Knight Frank, a London-based real estate consultancy recently posted record profits for the past year. This is mainly due to investors who are looking for better value outside London as well as the completion of a number of high profile deals.

Pre-tax profits for the firm increased by 19% to £162 million, while sales increased by 13% to reach £443.1 million for the year ending in March. This will mean the firm’s equity partners will share a bonus of around £80 between them.
One of Knight Frank’s most high profile sales involved the London property 33 Portland Place that was featured in the film The King’s Speech. The property sold for £27 million. Other high value deals included the redevelopment of the Shell Centre on the South Bank and being charged with finding a new home for the French Government in London. 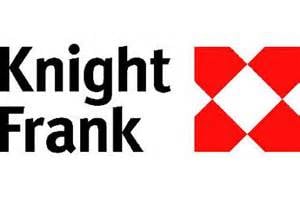 The article in the International Business Times highlights the fact that this past year has been the best ever for Knight Frank’s commercial offices across the UK as commercial real estate activity has increased after years where several regions were in the doldrums. However the company is at pains to point out that these increases come from a starting point that was less than favorable. The number of sales has also been increased by additional demand for new space by companies in the north of the country as they have grown with the improving economy and by investors looking for better value property outside London.

One thing worth noting is that the value of property in London’s most expensive boroughs increased by just 1.3% in the year ending September. This is the lowest rate of increase since October 2009 and it’s thought this could be due to the increase in stamp duty rates that was introduced by the Chancellor George Osborne on homes worth more than £1 million in December last year. The new legislation meant homes costing between £925,001 and £1.5 million a would incur an additional 10% bill while properties sold for more than £1.5 million now incur an additional 12% charge.

As a result the prime sector in London is still absorbing these changes, particularly in central London where property prices are now flat after years of spectacular growth. In spite of this the property market is still performing strongly due to an undersupply of housing, continued low interest rates and the improving economy.