Luxury Homes Are Where It's At

Ever since the recession hit, interest in luxury homes has fallen to the wayside, with most buyers opting for more affordable, smaller homes instead. 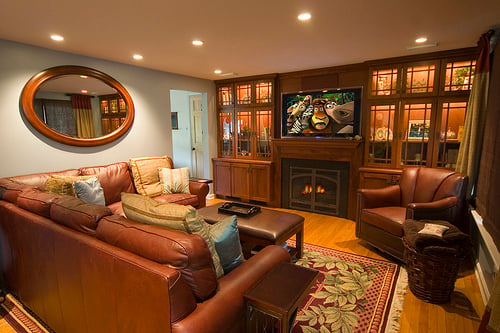 Well, that used to be the case, but recently there's been an upsurge in large and expensive homes once again, as more affluent buyers enter the market. Last July saw sales of homes costing above $1 million rise by an astonishing 46.6% from July of the previous year.

Brad Hunter, chief economist and director of consulting at Metrostudy, told the New York Times that luxury buyers were once again driving the market:

“The housing market is being driven by the move-up buyer, the luxury buyer. And those who have strong incomes, secure jobs, their stock portfolio is doing well — they are able to buy whatever they want. And what they are buying is larger houses.”

What's more, builders are taking notice too. The National Association of Home Builders reports that back in 2007, just as the recession hit, the size of new homes being built averaged at 2,295 Sq. Ft. By the time the recession was in full swing, that number dipped to just 2,159 Sq. Ft., but by 2012, with economic recovery well under way, it had increased once again to a sizable 2,384 Sq. Ft.

In addition, 41% of new homes being built contain four bedrooms or more, compared to just 34% of homes in 2009.

Luxury home builders are doing rather well too. In the case of Toll Brothers, which exclusively builds luxury homes, its most recent Q4 revenues rose by 65% compared to the year before. It's sales prices were also on the up, rising by 21%.

Tim Gehman, design director at Toll Brothers, told the NYT that the firm's top selling homes these days were those with the most expansive master suites, and the largest kitchens.

“It’s a matter of how large and impressive those two features are and how much buyers can afford,” says Gehman.

Of course, location remains extremely important as well. Lawrence Yun, chief economist of the National Association of Realtors, notes that most affluent buyers choose to live in established suburban communities that are close to good schools and job centers. Such buyers are showing less interest in luxury homes located on the outskirts of cities, despite these being more popular just before the housing bubble burst.