Raleigh is rich with history...it was the birthplace of Andrew Johnson, who took the helm after Abraham Lincoln's assassination in 1865 and is home to the South's very first African American college - Shaw University, an institution that is still very much alive to this day.

Named after the founder of the lost colony of Roanoke, Sir Walter Raleigh, the "City of Oaks" was a "planned" city. After the American Revolutionary War, Raleigh was chosen as the capital of North Carolina in 1788 and incorporated in 1792. 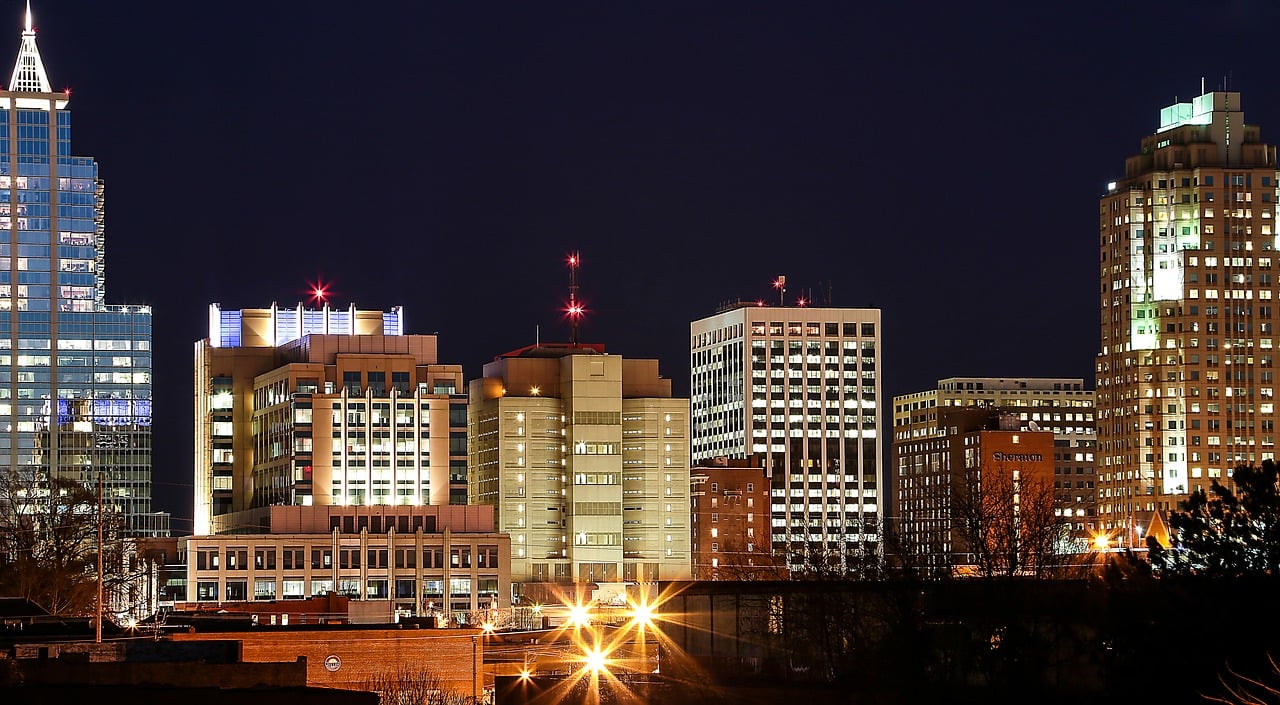 There are 12 traditional universities and colleges as well as many satellite campuses.

North Carolina State University is a major research center where students learn to solve real-world problems in a number of different industries.

Research Triangle Park, (nicknamed “The Triangle”) consists of Raleigh, Chapel Hill, and Durham. Each city lies within 45 minutes of each other, and of the different universities and research organizations in the region.

New housing starts in the “Triangle” are up...5.5% year over year, putting the pressure on home buyers by driving up home prices.

It’s even possible that prices could have risen even more if not for Hurricane Florence, which put a damper on new home construction for about a week during the third quarter this year.

As the Raleigh real estate market data shows, there is a huge increase in new construction, driven by an influx of new residents and new homeowners jumping into the market.

According to Amanda Hoyle, Regional Director of Metrostudy’s Triangle market, “Overall, the economics of the Raleigh-Durham region remain strong – however, builders in the third quarter were reporting signs of a slowdown in buyer traffic as home mortgage rates have started rise alongside continuing new home base price escalations.

“Builders in the Triangle were also hit with a double whammy in mid-September when slow-moving Hurricane Florence moved ashore on Sept. 14 near Wilmington bringing heavy rain and wind across eastern and central North Carolina.

“While new home communities across most of the Raleigh-Durham region escaped major damage from the storm, the preparation and weather effects of the hurricane still slowed or shut down most builder business, construction activity, and buyer traffic for nearly a week.”

According to a survey conducted by Trulia, Raleigh’s ability to construct new homes to meet the housing demand is the second highest in the nation, after Las Vegas.

By adding new housing to the existing supply this can help make the Raleigh real estate market more equitable and affordable for new home buyers.

Whether your idea of a perfect place to live encompasses city streets and neighborhood parks, or your preference is for rolling hills and dense woods, there’s a perfect suburb waiting for you in Raleigh.

Young professionals and families make up the bulk of residents in the Capital District. As the name implies, this suburb is the locale of 3.5 million square feet of government office space. The Governors’ Mansion, the State Capitol and many excellent museums can be found in this neighborhood.

As you might expect, this neighborhood offers plenty of dining and entertainment options.

Situated just minutes from US-64 and downtown Raleigh, Bryson Village has beautiful homes sitting on generous lots at reasonable prices.

The beautiful historic homes are a huge draw for architectural enthusiasts and its proximity to North Carolina State University and many amenities is a huge draw for families to the area.

Stonehenge is a community of nearly 1,400 single-family homes situated in North Raleigh.

Local events such as the Christmas lights contest and Halloween parade draw residents together, as do the amenities such as local clubs, swimming pools, and tennis and racquetball courts.

Seniors will also find plenty of things to do in the retirement communities of Springmoor, Cypress of Raleigh and Abbotswood at Stonehenge.

With a median home price of just below $500,000, Six Forks is one of the most expensive suburbs in Raleigh.

The website Neighborhood Scout ranks this suburb as better than 99.6% of neighborhoods in the entire state. It’s unusual in that a significant number of residents are of Welsh and British backgrounds.

A mixed-use development in midtown Raleigh, North Hills is one of the fastest growing suburbs in Raleigh.

The neighborhood is made up of families, young professionals, and older adult families and offers many great restaurants, live entertainment, good schools and many parks where residents meet for fun and play.

If you enjoy golfing, Brier Creek may be what you’re looking for.

Brier Creek is located just minutes from Research Triangle and major thoroughfares such as I-40, I-540, and Route 70. This beautiful golf course community consists of both multi-million dollar estates and beautiful townhouses and condominiums.

A historic neighborhood, Oakwood was established in the 19th century.

Oak trees line the streets and yards, offering the perfect complement to the many architectural styles dotting the landscape.

Young families and professionals are the predominant demographic in this neighborhood and its proximity to historic culture and downtown amenities makes this one of the more expensive neighborhoods to live.

East Raleigh-South Park Historic district is a highly desirable neighborhood to live in. It covers about 30 square blocks in an area south of downtown and offers groceries, churches and restaurants tucked in among homes with well-kept yards and small gardens.

Midtown, as you might imagine, is geographically situated between Downtown Raleigh and North Raleigh.

Situated just above the Interstate 40 beltline, this neighborhood offers just about anything you’d want and need.

From free concerts, farmer markets, and public art to entertainment, dining, and parks galore, there’s something for everybody in this popular neighborhood.

Part of the Research Triangle, Chapel Hill is home to the University of North Carolina - the country’s oldest public university.

Nearly 60,000 people call Chapel Hill home, its natural beauty and historical significance drawing many to its tree-lined streets and the multitude of entertainment, dining and shopping options available ensure you'll have access to anything you might need.

Houses in this neighborhood were built in the late 1940s and 50s and the cottages were built on large lots.

To the east of Five Points, you’ll find Georgetown and Roanoke Park. North lies Vanguard Park and Bloomsbury, which have modest size bungalows and cottages. And towards the West of Five Points lies the Tony Hayes Barton section which offers 20th-century homes with spacious porches that were built on large lots.

The first planned community developed in Raleigh was Cameron Village.

More affordable than some other communities, Cameron Village is a good option for young professionals, families and/or first time home buyers. Public transportation is available from The Cameron Village Shopping Center and there are many entertainment, shopping and restaurant options for residents to enjoy.

Have world real estate news to share?If you do and would like to interview, feel free to contact Anita at [email protected].