3D visualization company Matterport is intent on bringing its virtual reality technologies into the mainstream real estate industry, after landing a $5 million funding round led by Ericsson Ventures. 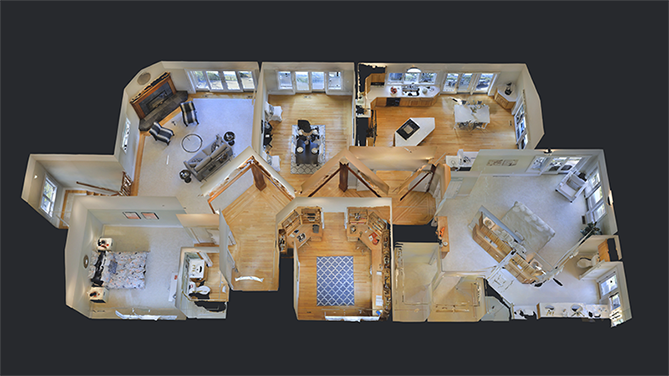 The round means that Matterport has now picked up a total of $66 million in funding since its founding in 2010.

Matterport has risen to prominence in recent years thanks to its technology that scans real estate spaces before rendering them in immersive 360-degree 3D visualizations, allowing prospective buyers to virtually “walk” around the properties without actually being inside them. The company says the new funds will be used to accelerate the development of the AI-based deep learning technology it uses to capture its 3D visualizations.

Matterport already boasts one of the largest libraries of 3D environments in the world thanks to its loyal user base, which has uploaded more than half a million scans of public and private spaces to its database. All of these can be viewed in 3D via a virtual reality interface.

What Matterport wants to do next is take these  scans and apply deep learning techniques to them in order to gather more insights about the spaces. The technology will help Matterport to better understand what’s in each space, its features and so on, and will also help it to improve the quality of its imagery.

“Ericsson Ventures saw the tremendous opportunity Matterport has to extend our technology lead by using our massive library of 3D models as a deep learning training dataset to create AI that will be the basis for our next generation products,” Matterport CEO Bill Brown said.

The round comes after Matterport launched its first hardware offering, the Pro2 Camera, which allows spaces to be captured in genuine 3D, instead of taking a series of 2D images and patching them together.