Home prices in Memphis continue to rise steadily but remain a bargain compared to other metropolitan areas across the country. The National Association of Realtors reports that national median average home prices are up 8.2 percent from a year ago in 93 percent of major markets. The median average home price has climbed from $212,000 in the second quarter of 2014 to $229,400 for the same period in 2015.

The trend in Memphis is following the national trend but homes in Memphis remain well below the national average. Memphis median home prices rose 8.1 percent year-on-year with an average price of $153,600. 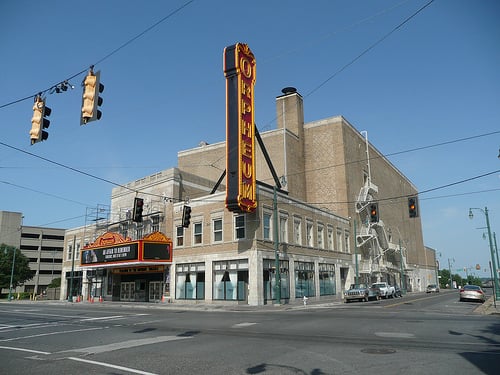 United Housing will continue developing eco-friendly housing for low income people on a 16 acre track in the Wolf River Bluffs neighborhood. To date, 10 houses have been completed with prices starting at $129,900. A recent $500,000 grant funded by the U.S. Department of Housing and Urban Development will enable another 7 homes to be built.

“This grant is an important step forward in our efforts to create a safe, affordable neighborhood of environmentally friendly homes in North Memphis,” said Tim Bolding, executive director of United Housing Inc., in a release. “We’re leading the way to a new model of sustainable, affordable homeownership for underserved families.”

United Housing offers both two bedroom and three bedroom models along with some help with down payments and closing costs.

The Village (retirement village) at Germantown filed a $6 million building permit on August 5th to expand its campus off of Germantown Road. The plan is for a new three story building to house seniors in independent living apartments. It will be a combination of one, two, and three bedroom apartments for a total of 31 units.

Amenities will include a 38 space underground parking garage, a water pond or water fountain, and enhanced landscaping. This building was part of the original development plans for The Village at Germantown but was not part of the original build. Today, before it's even built, it is sold out with a waiting list of about 45 people.

South Junction Apartments is an urban living community built on abandoned railroad land. The phase two development was approved by The Downtown Memphis Commission’s Design Review Board in early August. The new development will be seven three-story apartment buildings at the corner of Carolina Avenue and Florida Street. The development will total 84 apartments with street level parking, a pool, and have a public area.

Overall, the Memphis real estate market is healthy and thriving.

Author bio: Brian Kline has been investing in real estate for more than 35 years and writing about real estate investing for seven years. He also draws upon 30 plus years of business experience including 12 years as a manager at Boeing Aircraft Company. Brian currently lives at Lake Cushman, Washington. A vacation destination, a few short miles from a national forest in the Olympic Mountains with the Pacific Ocean a couple of miles in the opposite direction.