By Mike Wheatley | May 18, 2015
TwitterFacebookLinkedInBufferPinterestCopyReddit

Michael Jordan has been unsuccessful in one aspect of his life, selling his Chicago mansion. 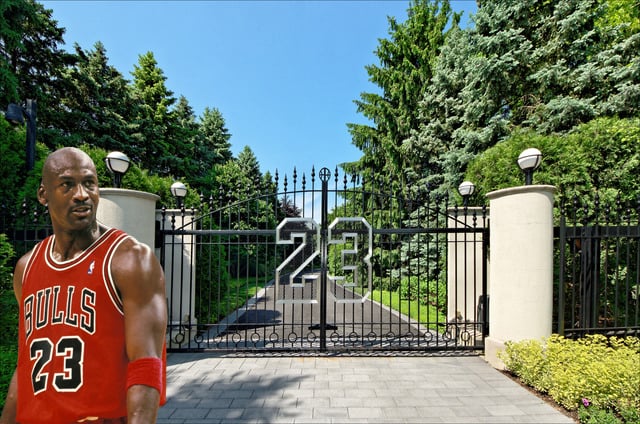 While Jordan might have convinced many sports fans that he is the best basketball player in history, the NBA Hall of Famer has had trouble convincing buyers to purchase his massive multi-million dollar Chicago-area home .

The Highland Park home has been up for sale for over five years, and no one has paid the $15 million asking price to live in the home where the greatest basketball player spent most of his life.

Jordan, who has been a full-time Florida resident for at least the last few years, has mostly cut his ties with the Chicago area since his double three-peat glory days of the '90s. Last June, Jordan's ex-wife Juanita Vanoy Jordan sold their former three level penthouse on Lake Shore Drive for $3.2 million. Meanwhile, Jordan's massive home in Highland Park has been languishing on the market since 2012. So, will the new price reduction encourage a buyer to finally come forward? It's tough to say. But to put things in perspective, MJ's Air Lair is now cheaper than soft rocker Richard Marx's David Adler-designed mansion.

Never before seen footage surfaced after Jordan had his most recent unsuccessful auction to give bidders a better look at what is in store for them.

The 56,000-square foot compound has nine bedrooms and 15 bathrooms. There's also a tennis court, basketball court, cigar room, gym, and circular infinity pool with a grass island. It's being co-listed by agents from The Agency and Baird & Warner, Zillow reports.