The burden of student debt means that young adults are being forced to delay their first home purchase by an average of seven years, according to a new study by the National Association of Realtors and American Student Assistance. The survey of millennials aged between 22 and 35 years found that the average student debt load is $41,200, compared to their average annual incomes of just $38,800. 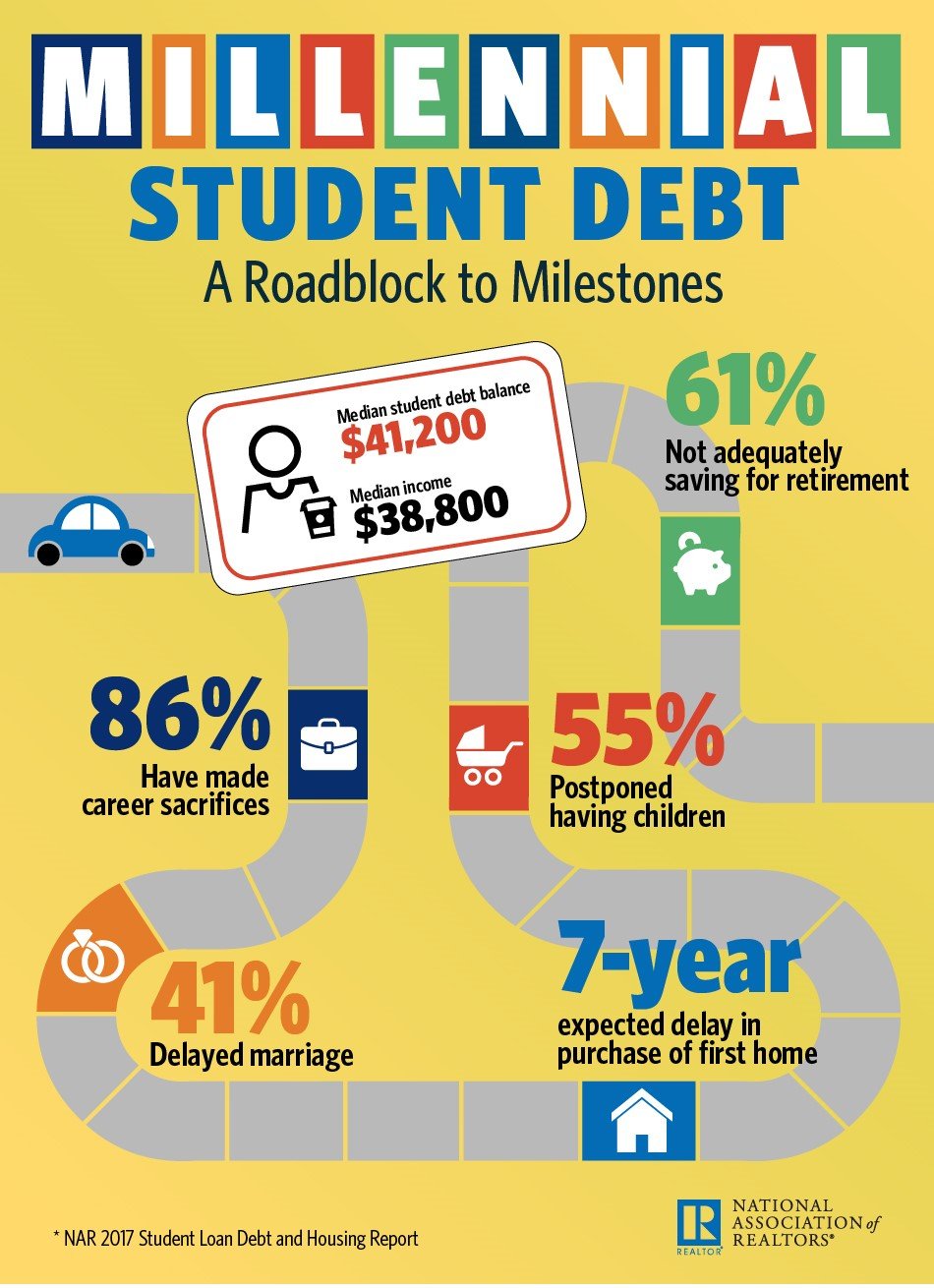 Some 80 percent of the more than 2,000 respondents said they do not own a home. The vast majority of that group, 83 percent, blame student loan debt for their delay in buying a home.

“The tens of thousands of dollars many millennials needed to borrow to earn a college degree have come at a financial and emotional cost that’s influencing millennials’ housing choices and other major life decisions,” said NAR chief economist Lawrence Yun. “Sales to first-time buyers have been underwhelming for several years now, and this survey indicates student debt is a big part of the blame. Even a large majority of older millennials and those with higher incomes say they’re being forced to delay homeownership because they can’t save for a down payment and don’t feel financially secure enough to buy.”

The survey also found that the total student debt in the U.S. amounts to an eye-watering $1.4 trillion, which is having the impact of reducing demand at the housing market's entry level. Moreover, one quarter of current millennial homeowners indicated that they're unable to buy a "move-up" home due to being saddled with student debt. Those respondents said they cannot qualify for a future mortgage due to the negative impact of their student debts on their credit scores.

“Millennial homeowners who can’t afford to trade up because of their student debt end up staying put, which slows the turnover in the housing market and exacerbates the low supply levels and affordability pressures for those trying to buy their first home,” Yun said.

As well as delaying home purchases, respondents report that student debt is also forcing them to put aside several life choices and financial decisions. For example, 86 percent say they’ve had to make career sacrifices, including taking a second job. Forty-one percent say they are delaying marriage because of student debt, and 61 percent say they have sacrificed contributions toward a retirement plan. 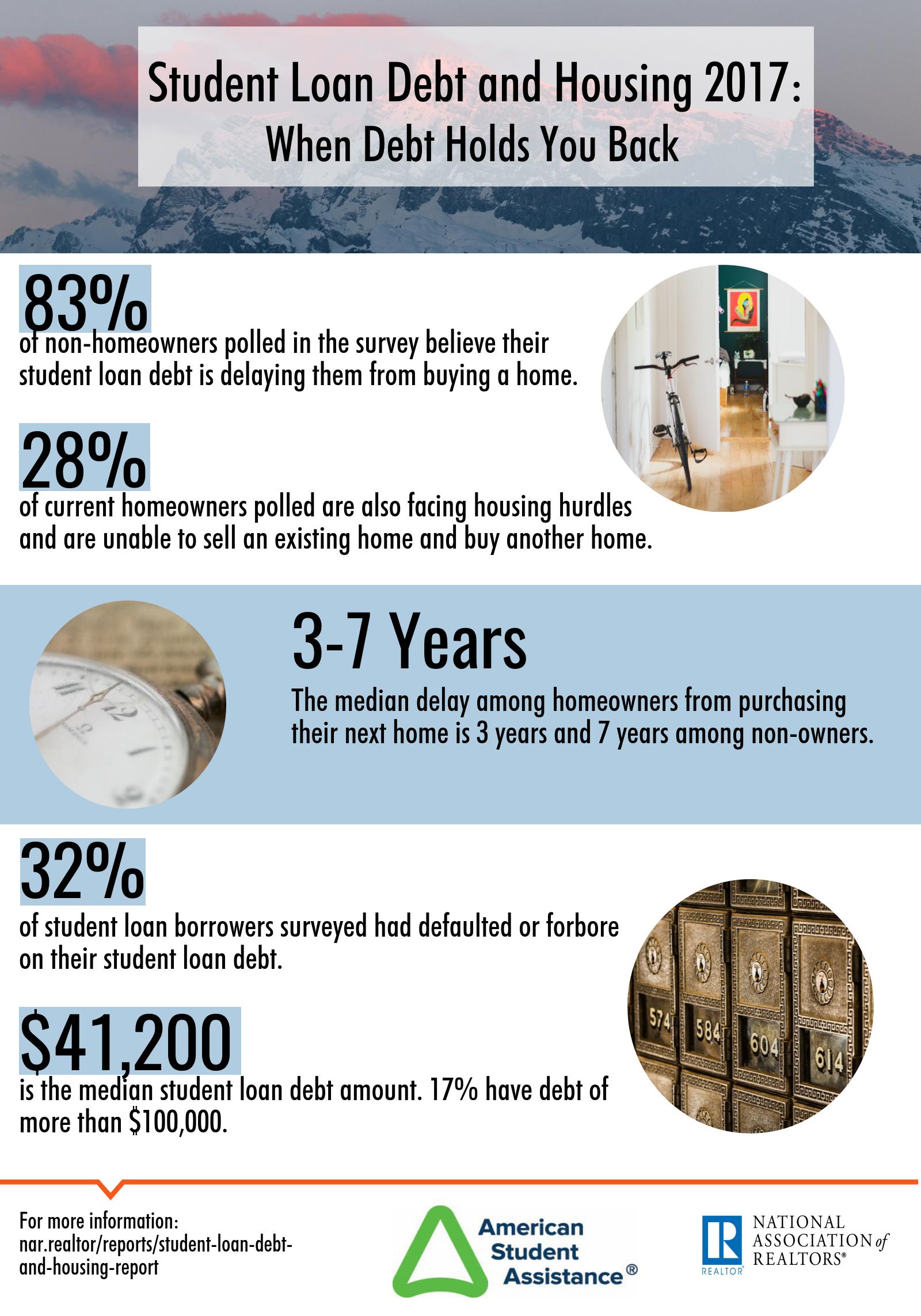 “Being unable to adequately save for retirement on top of not experiencing the wealth-building benefits of owning a home is an unfortunate situation that could have long-term consequences to the financial well-being of these millennials,” Yun added. “A scenario where only those with minimal or no student debt can afford to buy a home and save for retirement is not an ideal situation—and is one that weakens the economy and contributes to widening inequality.”