By Mike Wheatley | May 31, 2016
TwitterFacebookLinkedInBufferPinterestCopyReddit

The rental situation in the U.S. has gotten so bad that for Americans who’re working full-time on the local minimum wage, there isn’t a single state where they can afford to rent a one bedroom apartment. That’s according to a new study published by the National Low Income Housing Coalition. 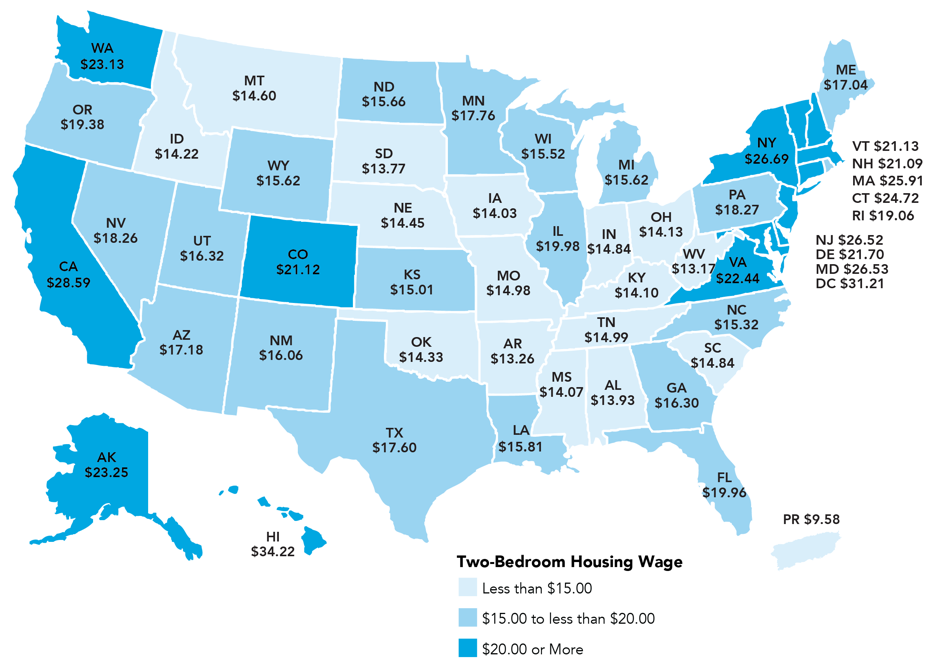 The same study shows that workers must be earning at least $20.30 per hour in order to afford a modest two-bedroom rental.

CityLab, which analyzed the study, said that the average hourly wage for Americans is just $15.42, which means the average worker doesn’t have nearly enough to be able to rent a two-bedroom unit. Meanwhile, “the federal minimum wage, at $7.25, is around a third of what’s required,” CityLab says. “That means minimum-wage workers would have to work three jobs, or 112 hours a week, to be able to afford a decent two-bedroom accommodation."

The problem has a knock-on affect in that it makes it even more difficult for low-paid workers to get out of renting and onto the housing ladder. The so called “rental affordability” problem makes it harder for renters to become owners because more of their incomes are being eaten up by rents, which makes it almost impossible for them to save for a down payment on a home, warned National Association of Realtors’ chief economist Lawrence Yun earlier this month.

Of course, the price of rental properties and minimum hourly wages vary quite wildly from state to state, so the National Low Income Housing Coalition created the above map to illustrate the minimum required wage to rent a two-bedroom home in each U.S. state.