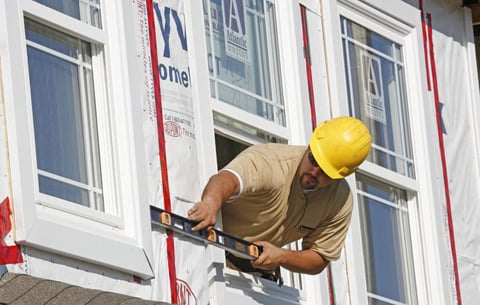 Figures being what they are, industry analysts seem to agree the overall housing marketing is up, but just by how much seems to depend on how the numbers are tallied. New home starts are still only one third what they were at the apex of 2006 before the market crashed. Still, numbers do indicate the overall market is on the mend, and the GDP is expected to get a boost from housing starts for the first time since 2005.

Last month, ground was broken on new homes at a rate 5.5 percent than in the previous year at the same time. Some 535,000 units started was actually the highest since Spring of 2010. All in all the news is actually very positive given that mortgage qualification is a lot more rigorous now than before, plus the fact that there are so many "deals" out there due to foreclosures. New home starts are suggested to add at least 3 new jobs a piece to the workforce too, so taken as a pill this news is a big positive.

Unemployment figures from August show a downward trend in applications for benefits too. However, a Reuters table from the Labor Department still indicates percentages of unemployed on a slight rise. That said, it's obvious the jury's not in on just whether or not recovery is imminent. Consumer spending went down in August on the news that oil prices jumped. The volatility there indicating how sensitive and perhaps fragile the economy is to even the slightest acute changes. With the holiday season closing in, it seems vital that new job creation should come into play to spur spending and growth.