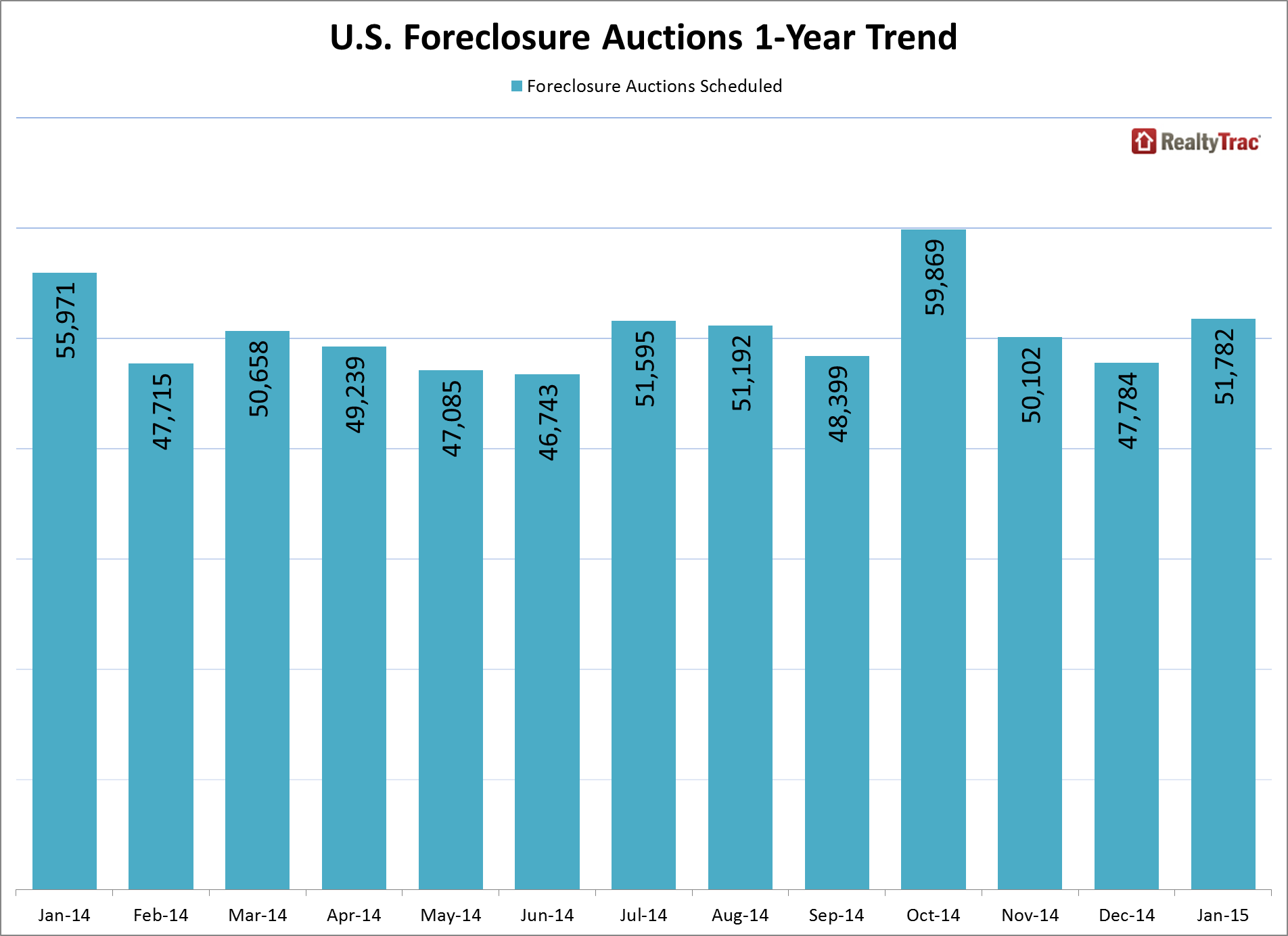 However, on a monthly basis, filings grew by 5% driven primarily by a 55% monthly jump in bank repossessions to a 15-month high. Lenders repossessed a total of 37,292 U.S. properties in January, up 23% from a year ago to the highest monthly total since October 2013.

“The year-over-year increase in REOs in January was the first annual increase nationwide following 25 consecutive months of declines, getting the foreclosure spring cleaning we anticipated in our last foreclosure report off to a quick start in 2015,” said Daren Blomquist, vice president at RealtyTrac.

“Meanwhile, the number of future foreclosure auctions scheduled in January continued to increase in many states, foreshadowing more foreclosure spring cleaning to come in the next several months in those states,” added Blomquist.

Blomquist added, “It’s important to note that in most of these states, foreclosure auctions and REOs are coming off somewhat artificially low levels last year and are still far below the highs reached during the worst of the foreclosure crisis back 2009 and 2010.”

Approximately 48,838 U.S. properties started the foreclosure process in January, down 18% from a 17-month high in December and down 15% from a year ago following two consecutive months with year-over-year increases in foreclosure starts.