There's some good news as far as new homes are concerned, with a growing number of builders reporting that they're able to raise the prices of new properties without suffering from doing so. According to John Burns Real Estate Consulting Inc. data, 24% of 231 builders surveyed recently said they were able to raise their prices in December, an increase from last November's 19% low.

Meanwhile, just 8% of builders said they had to lower their prices in December, an improvement from the 12% that did so back in October 2013. 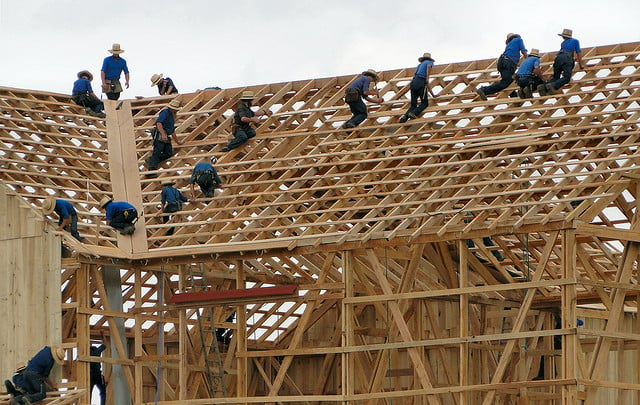 “The pricing environment has notably improved,” Jody Kahn, a senior vice president at Burns, told The Wall Street Journal. “It’s still not back to where we were earlier in [2013] with builders raising prices aggressively.”

In early 2013, more than half of the builders surveyed had reported raising their prices, with some markets, such as California and Arizona, even posting double-digit increases from 2012 levels. But prices curtailed during a slowdown in the summer months as interest rates rose.

Average new-home prices reached an all-time high of $340,300 in November, according to the U.S. Census Bureau.

Michael Gapen, senior U.S. economist at Barclays, predicts that home prices will rise 7 to 8 percent this year adding to last year’s gains of 11 to 12 percent.

Buyers “know that builders tend to make price increases at the first of the year,” says Gene Swang, a division president for David Weekley Homes. “I think customers are concerned that if they didn’t get a home under contract [in December], they’d see higher prices in another month.