According to an article in realtor.com, a greater number of Chicago residents will be able to buy vacant, city-owned land on their block for just one dollar. Chicago is expanding a program in a bid to help struggling neighborhoods.

The program originally began in Englewood in 2014, at which time there were a huge number of foreclosure homes. Since then more than 550 lots have been sold so far and residents must pay taxes and maintain the property once they purchase it. Now the program is set to expand to more than 30 neighborhoods in the South and West areas of the city, which will include around 4000 lots. It’s hoped that this expansion will help to strengthen neighborhoods throughout the city of Chicago. 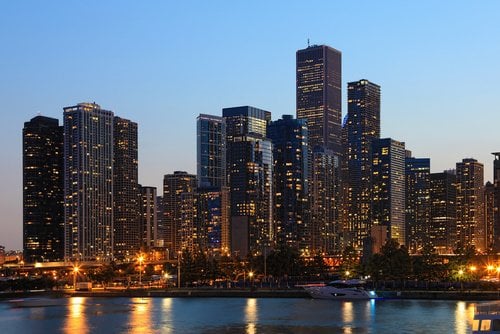 It’s known as the Large Lots program and it is hoped it will reduce the psychological impact of foreclosure homes and vacant land on residents living in these neighborhoods, and that this, in turn, will help boost property values across the city. Another initiative is the land bank program which has been taken up in Chicago and Detroit. This is where city officials buy and renovate abandoned homes before reselling them to homeowners or for community use.

Residents are able to qualify for the Large Lots program if they already have a property on the same block as the vacant lot, are up-to-date with their property taxes and do not have any outstanding debts to the city which includes water bills and parking tickets. Apparently, the neighborhoods were chosen based on market demand, as well as being areas that had the largest amounts of city-owned land.

After purchasing the property, the resident has the responsibility of maintaining the lot which includes setting up a fence and removing weeds. According to the article, many are choosing to build community gardens or landscaped open space, or to have side yards in areas that were once empty lots. More than half of the sales to date have been adjacent to the buyer’s existing home, with a quarter being less than five lots away.

Originally the program raised fears amongst residents that their neighborhood would be open to outside investors, leading to rising property prices which in turn could end up forcing them out of the area. Instead, it looks as if it is turning into a project that will help to benefit the local community. The program is largely focused on areas where land and property prices are significantly lower than wealthier areas of Chicago, and where violent crime has reached a 15 year high.