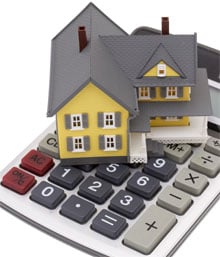 As the nation is trying to handle the ongoing fallout of the housing bubble, the United States government is considering a number of changes in how we treat residential mortgages.

Although there are countless ideas under consideration, three stand out as being both popular and conceivably able to pass. They will all have different effects on both home buyers and home owners.

Loans up to a certain amount of money are considered "conforming" loans, which means that they are eligible for purchase by Fannie Mae and Freddy Mac. Because these loans can be bought by Fannie and Freddie, they offer better terms, easier qualification and lower rates. Loans above this limit are called jumbo loans and require the lender to hold onto the loan rather than sell it to the GSE's. Jumbo loans typically have higher rates, inferior terms and higher qualification standards as the lender ends up having to hold the loan and be exposed to the risk.

According to the Federal Housing Finance Agency (FHFA) , the maximum conforming loan limit for a single-family residence is $417,000, except in designated high cost areas, where it can reach $729,750 for loans originated through September 30. After September 30, the maximum loan amount in high cost areas dropped to $625,500, according to the Federal Housing Finance Agency's Conforming Loan Limit spreadsheets. A bill is currently sitting in Congress which would raise loan limits back up through 2013.
If the bill passes, it will be easier to get loans on properties with higher values. This should help them to hold value. If it does not pass, properties which were covered by conforming loans but which end up covered by a jumbo loan may lose value as the buyer pool shrinks and the cost of debt increases.

Decreases in the Deductibility of Home Mortgage Interest

Right now, the vast majority of taxpayers who itemize their deductions can write off the interest that they pay on their primary residence's mortgage. More and more Washington thinkers are considering the possibility of eliminating or changing this deduction, as evidenced by a recent article entitled "Mortgage Interest Deduction on the Chopping Block?" In fact, elements of these changes figure into President Obama's jobs package tax increase plan and into Herman Cain's 9-9-9 plan.

Right now, many buyers figure their tax savings into the cost of buying a home. The value of this tax savings is hard to calculate. The Urban Institute claims that the impact of the mortgage deduction is around ten percent in a paper entitled "Reforming the Mortgage Interest Deduction", but the actual impact of the deduction is greater. Take the example of a a $250,000 home with a 30 year $200,000 mortgage at 5 percent. Payments of principal and interest payment would be $1,074 and would result in the owner paying $9,933 in interest during its first year. At a combined federal and state tax rate of 30 percent, the tax deduction on the mortgage would add up to $2,980, or almost $250.00 per month. If the owner could not take the deduction, they would have to reduce their loan amount by about $46,500 to compensate for the higher after-tax payment. Although the tax deductions value varies as the loan gets older and the principal portion of the payment increases, the deduction's value holds up well during the beginning third of the loan. In fact, in year 11, the interest payment is still over 80 percent of what it was during the first year of the loan -- $8,024.

The Abolition of Freddie Mac and Fannie Mae

Right now, Freddie Mac and Fannie Mae support the mortgage industry by buying home loans and then reselling them to investors as mortgage bonds that they insure. The security of these bonds helps to keep their rates low, leading to lower mortgage rates .
According to the New York Times, they are now involved in approximately 90 percent of all residential mortgages. Although this keeps rates and costs low for borrowers, it also exposes the government, who effectively guarantee them, to the risk of loss when mortgages default.

Because of this, voices as disparate as Barney Frank , Barack Obama and Ron Paulhave all called for Fannie and Freddie's abolition, making the US mortgage market more like Canada's. Although this remains a challenging political issue, the abolition of the GSE's would have an immediate impact on the residential housing market. Buyers who cannot meet private qualification standards will likely be unable to obtain home loans. This change could likely have little impact on larger and more valuable properties which are privately financed, but a reduced supply of lower-end buyers could lead to a drop in value at the lower end of the market.

Although the impact of reducing the number of lower-end buyers in the market is hard to quantify, there is also a secondary factor -- the impact of interest rates on pricing. Although historical data shows a weak correlation between interest rates and pricing, some historical precedent exists to justify a relationship between the two. In addition, given the role that low interest rates and easy lending played in the real estate pricing of the last decade, it is quite likely an increase in rates will cause pricing decreases. For example, a $200,000 30-year mortgage at five percent costs the same as a $161,376 mortgage at seven percent--meaning that a 40 percent increase in debt cost leads to a 24 percent reduction in loan size.

Jonah Trenton, of Refinance Mortgage Rates, offers his expert analysis and views on financial and other key industry sectors. Refinance Mortgage Rates is an organization focused on creating and presenting original and accurate content and data in the mortgage, refinance and real estate markets. We strive to help, inform and educate consumers within a wide range of financial situations in a troubled economic climate.