Mortgage Rates Aren't Up Yet, But It's Only A Matter Of Time

The word from the expert's mouths was that mortgage rates were set to rise sharply as we entered 2014, but up until now we've yet to see any sign of that. Indeed, quite the opposite has happened, with mortgage rates staying flat or in some cases slipping even lower, while a 30-year fixed rate mortgage in the US continues to average just over 4.5 percent. 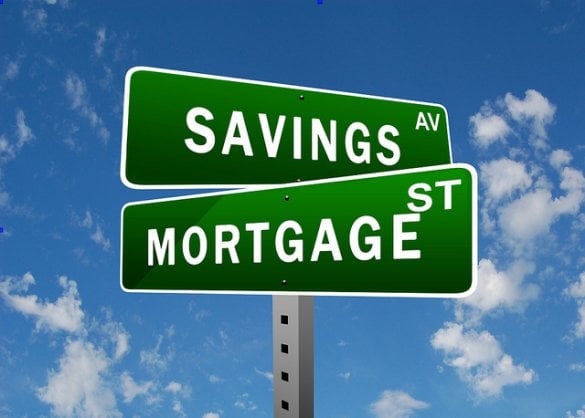 Experts were predicting mortgage rates to rise this year due to the Federal Reserve's plan to start tapering its $85 billion-per-month bond-buying program, which had helped to keep rates so low. Mortgage rates started inching up from all-time lows last May when the Fed first hinted that it would do so.

So why are rates staying flat?

Guy Cecala, editor-in-chief of Inside Mortgage Finance, told CNBC that mortgage rates had in fact, already gone up. "The simple answer is that the rate hike due to the Fed's tapering really took effect last May/June, despite the fact that the tapering didn't begin until December," he said. "There was no need to hike rates further."

The Fed previously cut its bond-buying stimulus by an additional $5 billion this year, but so far even that hasn't led to a rise in mortgage rates.

"Other parties have filled the void, and then some," said Dan Green, publisher of TheMortgageReports.com, told CNCB. "Mortgage bonds are rallying, and mortgage rates are dropping."

Green's alluding to the fact that Wall Street investors, wary of a slipping stock market, are turning to the safety of quality assets like bonds instead. Recent economic turmoil overseas has added to that movement and, consequently, to a rebound in Treasury-buying, which depresses yields. Mortgage rates generally follow the 10-year yield.

"A reduction of $10 billion or even $20 billion shouldn't change the current situation where the Fed is buying a disproportionately high percentage of new agency MBS production," Cecala said. "Again, the big factor is declining originations and new MBS production."

But that doesn’t mean housing analysts aren’t still predicting an uptick in mortgage rates this year.

Instead, CNBC confidently predicts that mortgage rates will indeed rise later this year, because historically they've always risen alongside an improving economy. This appears to be the current trajectory in the US today, although things are likely to move slower than many have predicted.