This is the time to move forward on reform of the secondary mortgage market and finally settle the issue to “bring stability to this market, which is critical,” explained Steve Brown, president of the National Association of Realtors, following a roundtable discussion on GSE reform Thursday at the White House. 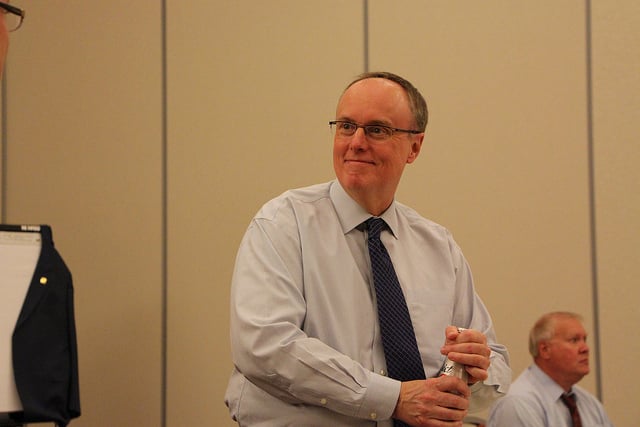 Brown was among several real estate and mortgage industry leaders who met with U.S. Department of Housing and Urban Development and National Economic Council officials at the White House to offer up views on moving forward with reform of mortgage giants Fannie Mae and Freddie Mac, reports HousingWire.

“The White House is reaching out to all aspects of the housing and mortgage industry in order to address all of the concerns,” Brown says. “The meeting was a great start, and I look forward to the rest of the process.” Other representatives at the first in a series of roundtable meeting were from the Mortgage Bankers Association, the National Association of Home Builders, and the Independent Community Bankers of America.

Reform of Freddie Mac and Fannie Mae is receiving increased focus in Washington, with the recent announcement by two members of Congress of a bi-partisan agreement on how to restructure the secondary mortgage market. The proposal, being drafted by Senate Banking Committee Chairman Tim Johnson, D-S.D., and ranking committee member Mike Crapo, R-Idaho, calls for a government guarantee for mortgages but only after private investors step up to take the first losses. The plan would also set up a new federal regulator—the Federal Mortgage Insurance Corp. The goal of the proposal is to shift more mortgage finance risk from the government to the private sector.

Following the White House discussion, Brown reiterated that home ownership is non-partisan issue. “It affects every American. Whether you are Republican or Democrat, people’s financial investments will be protected and maintained."

Brown further emphasized NAR’s concerns over reform, including the need to increase the availability of mortgage credit, rather than see it further tightened. He also noted that reform should not bring about higher costs for borrowers.