The National Association of Realtors is stepping up its campaign to press Congress to renew the National Flood Insurance Program, which is set to expire at the end of this month. 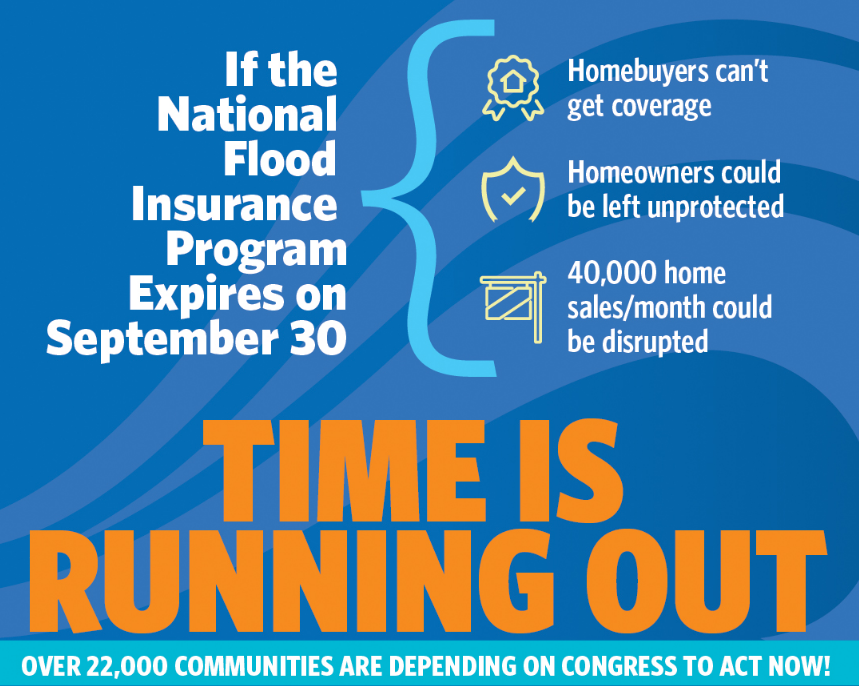 Warning of “dire consequences” if the program expires, the NAR said that thousands of homeowners and commercial property owners will be left without any coverage, and unable to secure a mortgage.

The NFIP will expire on September 30 if it’s not renewed, the NAR said.

Under the NFIP, millions of property owners have received assistance in buying policies for properties located in areas at risk of flooding. However, the program has had its financial troubles, and is currently said to be in debt to the tune of $24.6 billion.

“The country has been here before, and we know what happens if the National Flood Insurance Program expires,” NAR President William E. Brown said in a statement. “Home buying activity grinds to a halt, to the tune of 40,000 lost or interrupted sales every month. Meanwhile, existing homeowners as well as commercial entities may find their largest asset unprotected if the Federal Emergency Management Administration can’t renew NFIP policies that expire.”

Last July, the NAR said it had agreed with the U.S. House Financial Services Committee to create new legislation that would reauthorize and reform the NFIP. The deal would introduce a grandfathering clause so that existing policies wouldn’t lapse. In addition it would also implement a reduction in rate increases. However, Congress has yet to vote on the new 21st Century Flood Reform Act.

“With Congress returning from August recess, extending the NFIP to avoid a lapse should be a top priority,” Brown insisted.