By Mike Wheatley | May 19, 2017
TwitterFacebookLinkedIn6Buffer1PinterestCopyReddit
7
SHARES

President Trump's administration is promising tax reforms that will reduce bills for millions of American families, but new estimates show that many middle-income homeowners may actually see an increase in the taxes they have to pay if the reforms come into force. 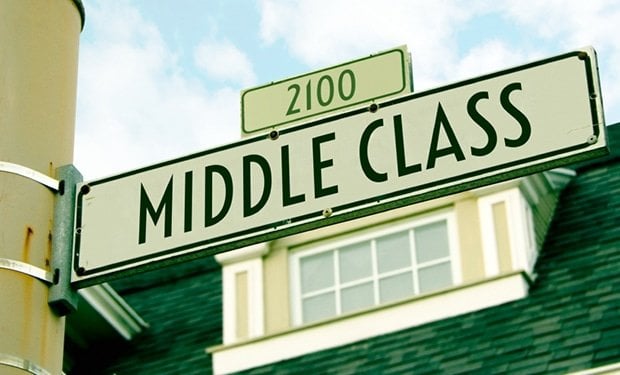 A new study, “Impact of Tax Reform Options on Owner-Occupied Housing,” illustrates the effects of a tax plan that echoes certain elements of the “Better Way for Tax Reform” or “Blueprint” proposal released last year, as well as the White House tax reform outline released in April.

While most individuals would see a tax decrease under such a proposal, the study estimates that many middle-class homeowners could in fact see a net average tax increase. Homeowners with adjusted gross incomes between $50,000 and $200,000 would see their taxes rise by an average of $815. The study also estimates that combined tax savings from claiming the mortgage interest deduction and real estate property tax deductions would drop 82 percent between the 2018 and 2027 period.

“Tax reform and lower rates are worthy goals, but only if we can achieve them in a fiscally responsible way,” said NAR president William E. Brown, a second-generation Realtor from Alamo, California and founder of Investment Properties. “Balancing tax reform on the backs of homeowners isn’t an option.”

The study, which was commissioned by NAR and prepared by PricewaterhouseCoopers, estimates that this tax increase would result from the interaction of several provisions in the reforms under consideration. For many homeowners that currently benefit from the mortgage interest deduction, the elimination of other itemized deductions and personal exemptions would cause their taxes to rise, even if they elected to take the increased standard deduction. For others, the elimination of the state and local tax deduction alone would result in higher federal income taxes.

In addition to increasing taxes on many middle-income homeowners, the report finds that such a proposal could cause home values to fall by an average of more than 10 percent in the near term. In areas with higher property taxes or state income taxes, the drop could be even greater. Although the study doesn’t directly analyze the “Better Way for Tax Reform” plan or the recent White House outline, it examines a proposal with many similar elements.

Those elements include lowering and consolidating marginal tax rates to only three rates, setting a top income tax rate of 33 percent, doubling the standard deduction, eliminating all itemized deductions (other than charitable contributions and mortgage interest) and personal exemptions, eliminating the alternative minimum tax, and capping the tax rate on pass-through business income at 25 percent.

PwC estimated that roughly 35 million households will claim the mortgage interest deduction in 2018, three quarters of which have incomes between $50,000 and $200,000. According to NAR, roughly 70 percent of those eligible for the MID claim it in a given tax year.

“A tax reform proposal that hikes taxes for homeowners is a raw deal, and consumers know it,” said Brown. “Leaders in Washington who are driving tax reform have shown every indication that they have the best of intentions, and we’re hopeful they’ll consider our study as this process plays out in the months ahead.”