The National Association of Realtors is warning of a ticking time bomb as the expiration date for the National Flood Insurance Program nears. The end date arrives in just six months – Sept. 30 – and if nothing is done it could lead to a massive disruption in property sales and cause big problems for home owners. 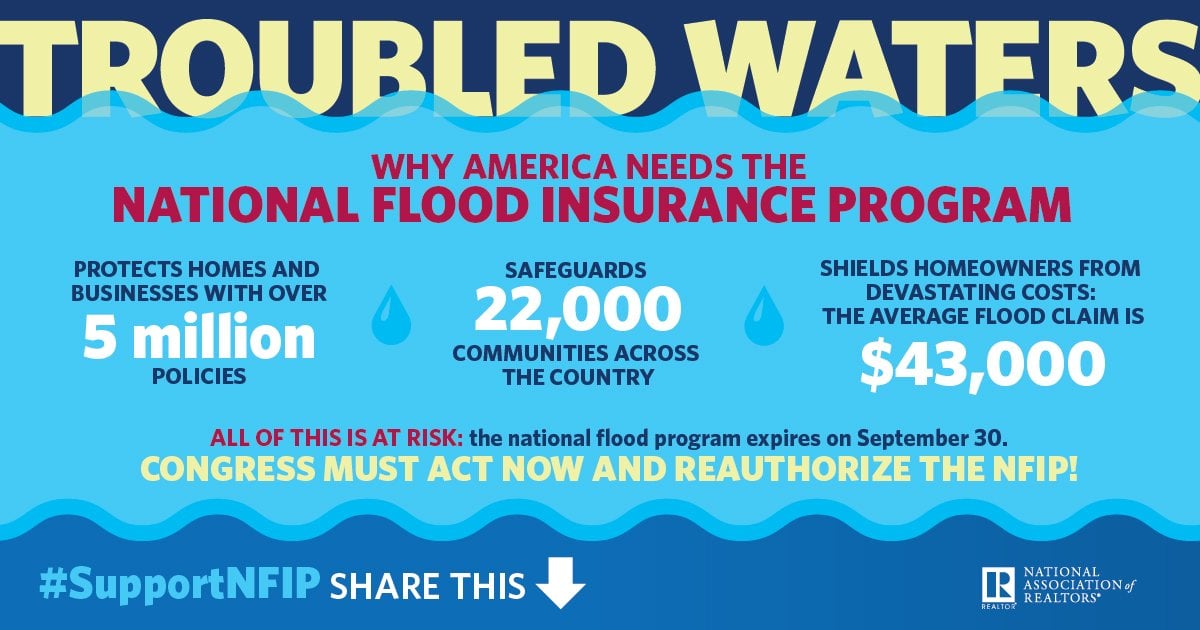 “When the NFIP expired in 2010, over 1,300 home sales were disrupted every day as a result,” said NAR President William E. Brown in a statement. “That’s over 40,000 every month. Flood insurance is required for a mortgage in the 100-year floodplain, but without access to the NFIP, buyers simply couldn’t get a mortgage or vital protection from the number one cause of loss of property and life, flooding.”

To head off the threat, the NAR is working with government lawmakers to strengthen the NFIP, or at least open the way for a private market for flood insurance to take over when the program expires.

According to Brown, homeowners in more than 22,000 communities nationwide rely on NFIP protection against flood risks, which can arise from torrential rain, snow melt, swollen rives and lakes, failed infrastructure and storms. The NAR says coastal communities face the greatest risk.

“When the lifeline is cut off, the NFIP can’t issue new policies or renew existing residential or commercial policies that expire,” Brown said. “That means current homeowners and business owners may find their most important asset unprotected if the program isn’t renewed.”

The NFIP last year paid out more than $4 billion in flood insurance claims, the third largest amount in its history.

“Congress has six months to do the right thing and pass a long-term reauthorization of the program,” Brown said. “We’re hoping they do just that.”