The National Association of Realtors is reporting that pending home sales have fallen for a fifth consecutive month, and says it’s a sign that this year’s spring buying season hasn’t lived up to the hype. 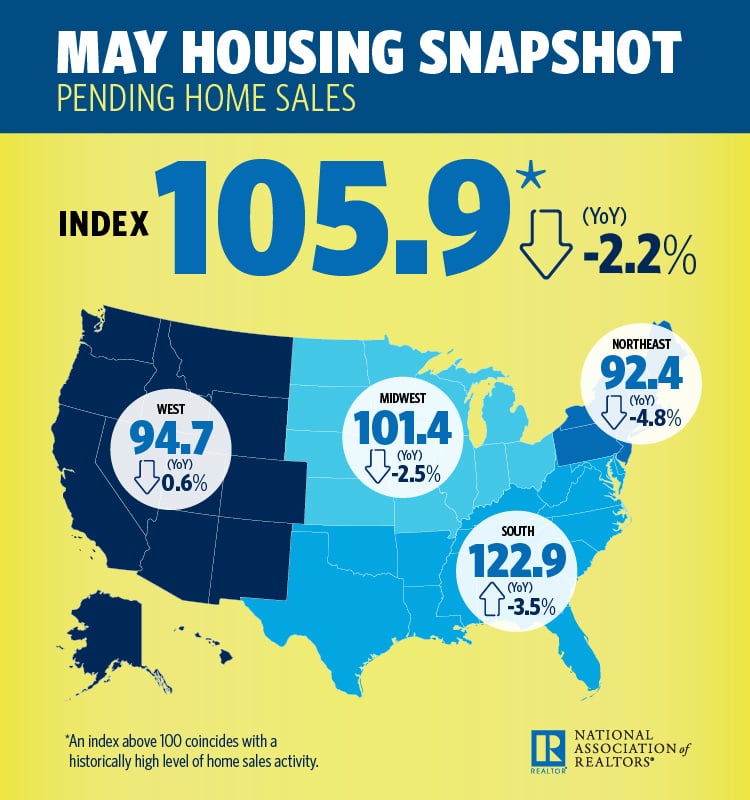 The NAR said contract signings also tailed off last month, while a significant decline in sales in the South offset increases in other parts of the U.S.

The data comes from the NAR’s Pending Home Sales Index, which is a forward-looking indicator based on contract signings. That index fell by 0.5 percent in May to 105.9, which is down 2.2 percent on an annual basis.

According to NAR Chief Economist Lawrence Yun, this year’s spring season is set to be remembered as one of “unmet expectations” as pending home sales fell to their second-lowest point in the past 12 months. Yun blames the inventory shortage for the disappointing figures, noting that most realtors continue to describe their local markets as “highly competitive” and “fast moving”. However, the lack of inventory means that sales activity has stalled in most markets.

One positive is that buyer demand remains strong, evidenced by faster sales and rapid price growth in many markets, Yun said. However, the gains are so rapid that they’re continuing to outpace the growth in national incomes. Meanwhile national inventory has fallen for 36 straight months, with the average listing going under contract in just three weeks.

“With the cost of buying a home getting more expensive, it’s clear the summer months will be a true test for the housing market,” Yun warned. “Several would-be buyers this spring were kept out of the market because of supply and affordability constraints. The healthy economy and job market should keep many of them actively looking to buy, and any rise in inventory would certainly help them find a home.”