Zillow is reporting that national home values have risen for the 48th straight month as of this July, reaching an average of $187,300 in the latest Zillow Home Value Index (ZHVI).

Home values are up 5 percent over the past year and have been consistently climbing since August 2012, but still remain 4.7 percent below peak, which was hit in April 2007 when the median home value was $196,600, Zillow revealed in a new report. 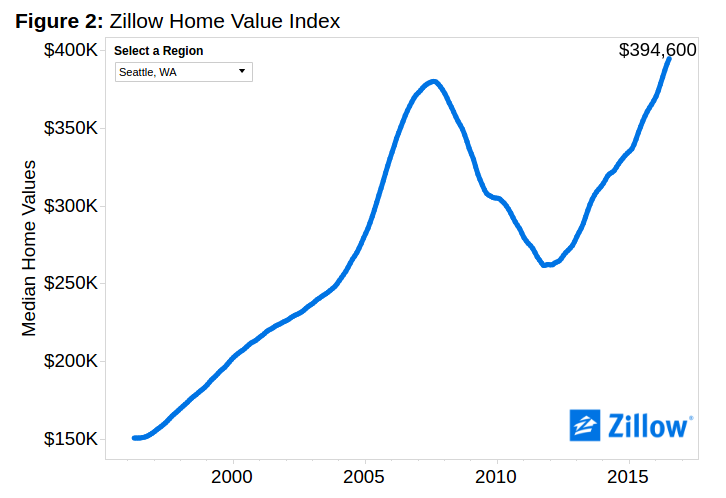 In notoriously expensive San Francisco, home values have been slowing down since the beginning of the year. In January, home values were up almost 12 percent year-over-year and are now appreciating at about half that pace, up 6.6 percent over the past year.

"The consistent rise in home values that we've been seeing for the past four years masks a number of region-specific trends that have taken place over the past few months," said Zillow Chief Economist Dr. Svenja Gudell. "In most areas, the market is being driven mainly by a strong labor market and tight supply, especially among entry level homes that first time buyers are after."

"But some markets – especially the red-hot Pacific Northwest – are adding more jobs and attracting more residents, putting the pressure on home values and rents," Gudell continued. "The Bay Area and Southern California are still growing at a faster pace than the nation as a whole, but growth rates have come back to earth a bit after several years of rapid growth. And markets in other regions, like the Northeast, keep steadily chugging along. All housing is local, and as the local economies in individual metros ebb and flow, housing will follow suit. More than at any time since the boom and bust, we're seeing a housing market that is driven by local fundamentals, and not by national trends."

Rents across the country rose 2 percent over the past year, to a Zillow Rent Index (ZRI) of $1,408 -- this is the 47th straight month rents have appreciated. 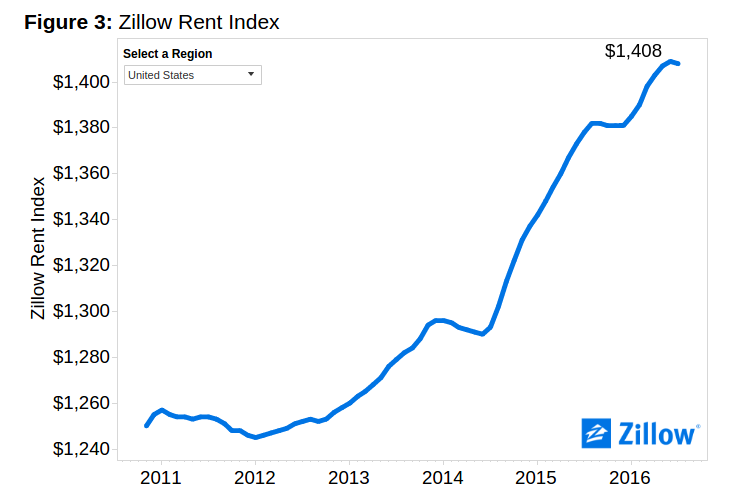 Of the 35 largest U.S. metros, Seattle, Portland and San Francisco reported the highest year-over-year rent appreciation. In Seattle, rents rose almost 10 percent, to a median rent price of $2,052 per month, while rents in Portland rose just over 8 percent.

In San Francisco, the median rent price rose to $3,407 per month, the second highest of all U.S. metros, right after San Jose, CA. Rents in San Francisco appreciated 6 percent over the past year.