Plans are in the works for 900 homes on one of the largest undeveloped properties in Far North Dallas. The more than 160-acre site is adjacent to the Texas A&M Agrilife Research and Extension Center on Coit Road just north of Campbell Road. 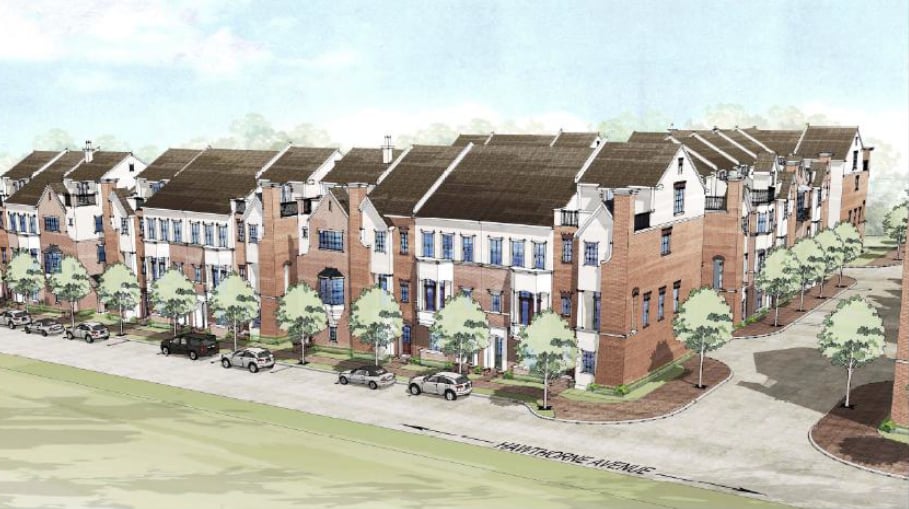 Centurion American, one of the state’s largest and most successful residential developers, is buying the land from Texas A&M University System, real estate brokers say. It plans a neighborhood with 720 single-family homes and 180 townhouses, according to filings with the city of Dallas obtained by Dallas News.

The housing would be built on vacant land previously used for agricultural testing and displays. Texas A&M has owned the property since the mid-1940s. Texas A&M will continue to operate its Agrilife Center on Coit Road, and the planned residential community would surround it on three sides, according to preliminary plans filed with the Dallas City Plan Commission.

The property is zoned for a high-density mixed-use development. The university talked with several Dallas real estate development firms about buying and building on the land, before choosing Centurion American, property brokers say.

In other news, builder Texas Intownhomes LLC plans to construct 112 townhouses on Hawthorne Avenue between Harry Hines Boulevard and Maple Avenue. The $39 million housing community is located near the new Parkland Hospital and the Southwestern Medical Center.

The Cedar Branch Townhomes are expected to cost from about $150,000 to $400,000 and will be built starting next year, according to filings with the City of Dallas. To provide infrastructure needed for the development and to insure affordable prices on almost two dozen of the homes, the city is preparing to provide Texas Intownhomes as much as $7.9 million in tax increment financing district funds for the project.