Nextdoor offers Memphis' residents the "next" way to fight crime

By Mike Wheatley | May 24, 2016
TwitterFacebookLinkedInBufferPinterestCopyReddit

Memphis residents have a unique opportunity to make their community safer, thanks a new partnership between city officials and the social neighborhood network Nextdoor, a free service that aims to bring communities closer together. 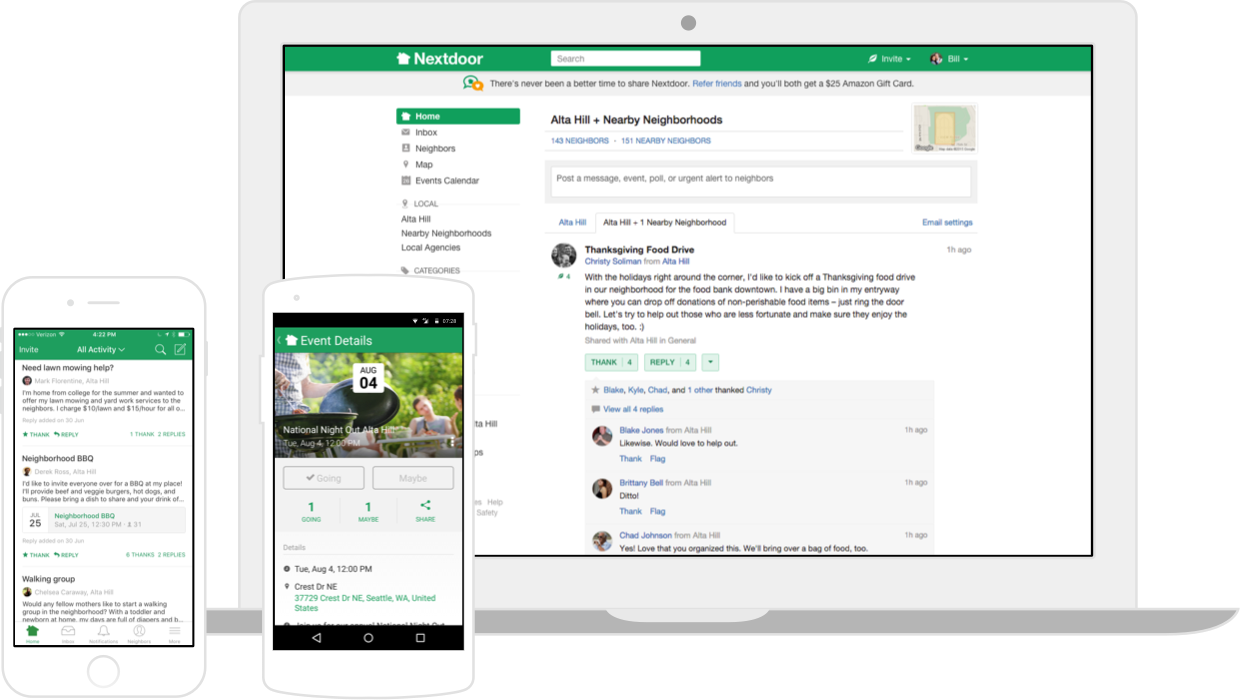 So far, more than 290 neighborhoods have already started using Nextdoor through its website and smartphone app, reports News Channel 3.

One particular aspect of Nextdoor is that it allows local neighborhoods to better fight things such as crime, by increasing communication and awareness in communities. As Central Garden’s resident John Alexander said to News Channel 3, one of the main problems in Memphis’ communities is that “most of us don’t know our neighbors that well”, and that can make it difficult for people to work together and report any suspicious goings on in their neighborhoods.

Using Nextdoor, residents can get to know each other and discuss important neighborhood matters such as things like break-ins, suspicious individuals loitering in the area, and anything else they find suspect. Nextdoor has other uses too, for example neighbors can use it to promote something like a yard sale.

Crime is a particular concern for most Memphis residents. After all, Memphis was recently ranked by Forbes.com as the fourth most dangerous city in the U.S. due to its high crime rates. There were 10,333 violent crimes reported in the city in 2015, and 10,401 in the year before that. Clearly crime is a problem, and the police can only do so much – it’s up to residents themselves to be more proactive in reporting crime and other suspicious behavior, and Nextdoor offers them a chance to do just that.

Last week, the City of Memphis said that as part of its partnership with Nextdoor, the city’s police force plans to use the site to better communicate with residents. All residents have to do is signup and register their address, and then Nextdoor provides them with an easy way to contact their nearest police precinct and relay any news they need to know about.

"It's free information for the city that's then going to translate into hopefully police being able to focus on areas they need to," said Alexander.

Interim Memphis Police Director Mike Rallings agreed, saying Nextdoor will help his officers to perform better outreach and “go to where the people are”.

Just as crucially, Nextdoor is also working to reduce complaints about racial profiling. It plans to create a “template” to help the site’s users report suspicious activity properly, to reduce the occurrence of say, someone calling the police just because they see a black guy walking past their home at night time.

"We have been working with the City of Oakland, California with 100 black men, with neighbors for racial justice, and trying to understand what issues are and where they've happened," said Nextdoor employee Robbie Turner.