Patios are more popular than decks, but not everywhere

Americans love patios more than outside decking, according to the U.S. Census Bureau’s Survey of Construction. In 2014, patios were constructed in 56 percent of all new homes built in the U.S., compared to just 23 percent of new homes that were fitted with a deck. 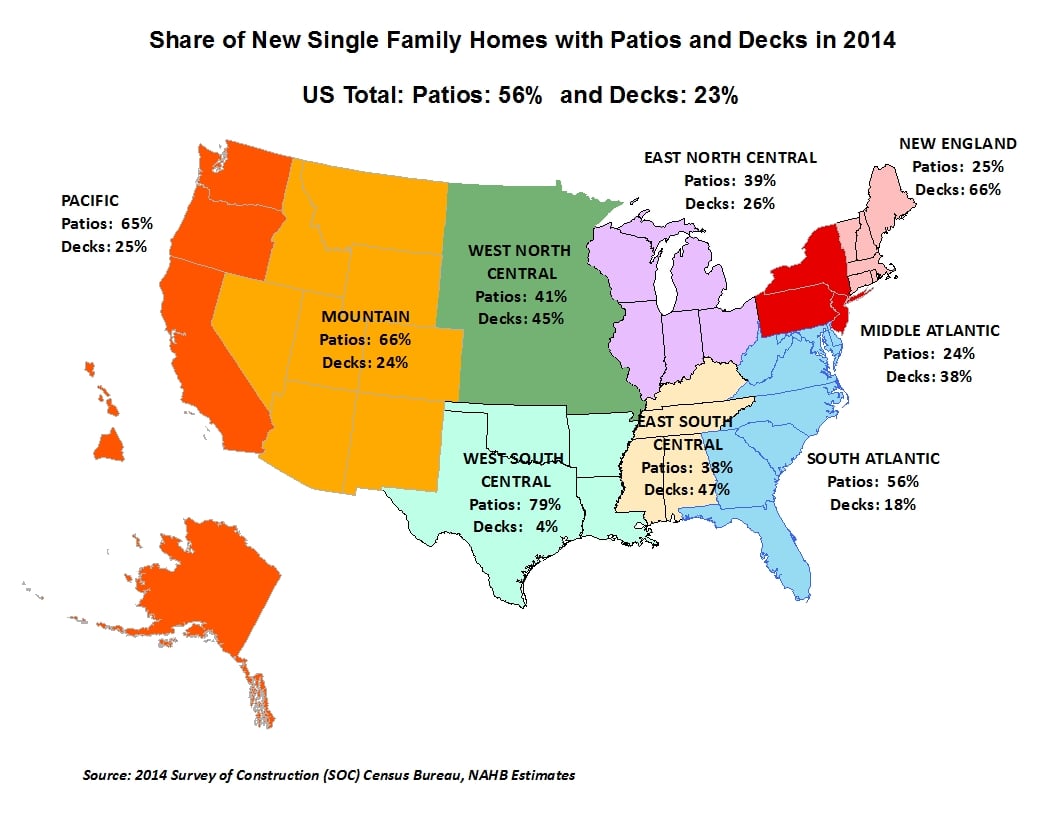 That doesn't necessarily mean patios are more popular, and the choice will be a contentious one for all prospective home buyers. After all, patios and decks are very different, and those differences matter. For patios, these are just like courtyards and can be separate from the main house as well as being attached to it. Patios are at ground level too, so they don't require railings. More importantly, they can be made into any shape and made out of any kind of material, though patio slabs are usually preferred.

Surprisingly, although patios are generally more popular, it does depend on where you live. For example, decking is actually more common in the East South Central, Middle Atlantic and New England regions, whereas the opposite is true in the West South Central, Mountain and Pacific regions.

The National Association of Home Builders has produced the above map showing the difference in regional preferences.