Following the highest average year for the index in nearly a decade, pending home sales declined to begin 2016 but remained slightly higher than a year ago, according to the National Association of Realtors (NAR). Only the South saw an uptick in contract activity in January. 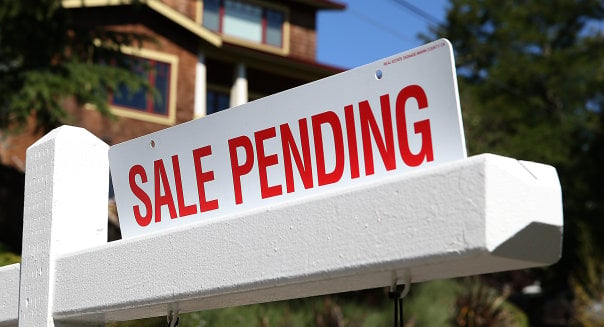 The Pending Home Sales Index, a forward-looking indicator based on contract signings, declined 2.5 percent to 106.0 in January from an upwardly revised 108.7 in December but is still 1.4 percent above January 2015 (104.5). Although the index has increased year-over-year for 17 consecutive months, last month’s annual gain was the second smallest (September 2014 at 1.2 percent) during the time frame.

Lawrence Yun, NAR chief economist, said a myriad of reasons likely contributed to January contract signings subsiding in most of the country. “While January’s blizzard possibly caused some of the pullback in the Northeast, the recent acceleration in home prices and minimal inventory throughout the country appears to be the primary obstacle holding back would-be buyers,” he said. “Additionally, some buyers could be waiting for a hike in listings come springtime.”

Existing-home sales increased last month and were considerably higher than the start of 20152, but price growth quickened to 8.2 percent – the largest annual gain since April 2015 (8.5 percent).

While the hope is that appreciating home values will start to entice more homeowners to sell, Yun says supply and affordability conditions won’t meaningfully improve until homebuilders start ramping up production – especially of homes at lower price points.

“First-time buyers in high demand areas continue to encounter instances where their offer is trumped by cash buyers and investors,” adds Yun. “Without a much-needed boost in new and existing-homes for sale in their price range, their path to homeownership will remain an uphill climb.”

Existing-homes sales this year are forecast to be around 5.38 million, an increase of 2.5 percent from 2015. The national median existing-home price for all of this year is expected to increase between 4 and 5 percent. In 2015, existing-home sales increased 6.3 percent and prices rose 6.8 percent.

Pending home sales in the South inched up 0.3 percent to an index of 121.1 in January but remain 1.3 percent lower than last January. The index in the West decreased 4.5 percent in January to 96.5, but is still 0.4 percent above a year ago.

The National Association of Realtors “The Voice for Real Estate,” is America’s largest trade association, representing 1.1 million members involved in all aspects of the residential and commercial real estate industries.