Even though pending homes sales fell slightly in August, contract signings were at their second highest level over the past twelve months, according to an article in Propertywire. These figures were based on data from the National Association of Realtors.

Just one region bucked the trend which was at the West, where pending home sales increased for the fourth consecutive month. With the exception of the West, all major regions saw pending home sales figures decline. The index dropped from 105.8 in July to 104.7 in August, and was 2.2% to the below figures seen in August 2013 when the index was 107.1. In spite of the decline, the index is still above 100 and has been for four consecutive months. Anything above 100 is considered to be an average level of contract activity. 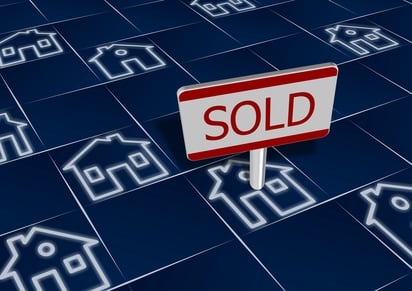 Real estate experts point out that even though figures did drop slightly, the number of contract signings is holding steady. The reason the figures declined is likely to be due to less investor activity and fewer distressed sales. Fewer distressed homes are available at knockdown prices, and this factor combined with the likelihood of rising interest rates may be causing investors to hesitate over purchases. The declining numbers of investors means the market is returning towards more normal conditions, relying on first-time buyers and traditional buyers who need a mortgage to purchase a home.

The National Association of Realtors Profile of Home Buyers and Sellers shows that 81% of first-time buyers who purchased the home last year used an FHA or conventional loan. During the housing market recovery first-time buyers have accounted for less than a third of all buyers every month over the last couple of years.

It’s expected that the numbers of first-time buyers should gradually rise, in spite of increasing interest rates and tight credit conditions. This is because employment prospects for young adults are beginning to improve and their incomes are increasing. More disposable cash will help them repay student loans and should lead to higher sales growth in this area during the next two years.

Levels of pending home sales in the North East fell by 3% to an index of 86.5 in August, but this figure is still 1.6% higher than a year earlier. In the Midwest levels fell by 2.1% to an index of 102.4, 7.6% lower than in August last year. In the South pending home sales fell 1.4% giving an index of 117 which is unchanged from a year earlier. In the West, figures rose for the fourth consecutive month by 2.6% to reach 102.1, but this is still 2.6% lower than August last year.