A new law in Pennsylvania is aimed at taking action against owners of blighted buildings.  The state legislature signed the Neighborhood Blight Reclamation and Revitalization Act into law on October 27, 2010, and it officially went into affect today. 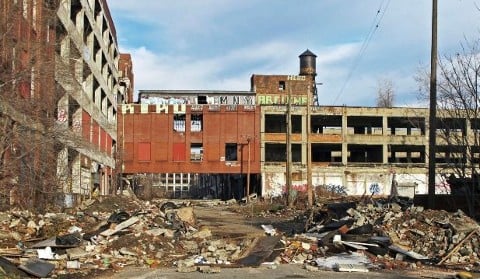 Under the new law, those properties that are deemed to be in severe violation of building codes or are considered a “public nuisance”, will face the wrath of city leaders.  Cities and towns can deny municipal permits, such as building and zoning approvals, to owners of properties that are in violation, are behind in taxes, or are behind in paying services such as water, sewer, and trash collection.

The Housing Alliance of Pennsylvania released a guide to inform municipalities about the new tools they can use to fight blight under the new law.  For example, cities can put liens on other assets belonging to property owners in violation and even get extradition orders to bring in out-of-state property owners to be held accountable.

Originally, the bill also included provisions for a website that would list the status of owners and properties they own, but that portion was removed before it became law.  Some say that omission will hinder the effectiveness of the new tools.  Also missing from the law are sufficient guidelines for dealing with corporate entities.  With large faceless corporations owning many properties, it will still be difficult to track them down and hold them accountable.

It will be up to the cities to decide how they will deal with these issues.  The ultimate goal is to reclaim the properties and put them to good use, and that will still take a tremendous amount of time, paperwork, and litigation.

One comment on “New Pennsylvania Law Aimed at Fighting Blight”