By Allison Halliday | May 5, 2015
TwitterFacebookLinkedIn3BufferPinterestCopyReddit
3
SHARES

Metro Vancouver in Canada has long since had the reputation of being one of the priciest areas in the country. In spite of dire warnings about price corrections, a new assessment by the Canada Mortgage and Housing Corp. shows this risk is low.

According to the article in the Vancouver Sun, Vancouver has always been one of those markets where prices have been higher than average and this isn’t necessarily an indication that real estate is overvalued.  The CMHC assessed 12 major census metropolitan areas during its annual House Price Analysis Assessment. This report aims to identify any potential risks in Canadian real estate which are based on demographic, financial and economic factors. Certain markets, including Winnipeg and Regina are regarded as being high risk due to oversupply in markets where homes are overvalued. In comparison, Metro Vancouver is viewed as being far more stable due to strong demand. Prices in Metro Vancouver are also being supported by high disposable income and population growth, which in turn helps drive high demand. 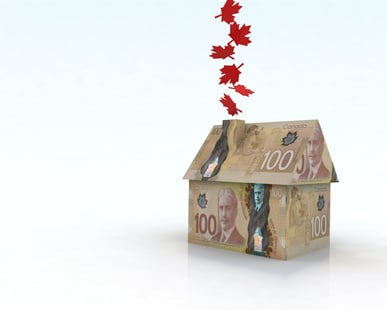 Not surprisingly, the report found that those who have built up equity in their homes and high net worth individuals were more likely to buy property in central locations in Metro Vancouver. First-time buyers tend to look towards more reasonably priced suburban areas.

The Canada Mortgage and Housing Corp. looks for conditions that could cause problems, such as overheated demand, overvaluation and overbuilding, and an acceleration in the pace of property price rises. Its assessment failed to detect any of these risk factors in the Vancouver, in spite of it being the area with the highest real estate prices in the country.

CMHC is expected to continue monitoring real estate markets in Winnipeg and Regina as it doesn’t want to run the risk of missing any changes, especially as in some of these markets they are beginning to see improvements. Across the rest of the country, real estate markets remain relatively stable. Toronto is identified as being a moderate risk due to the number of condominiums currently under construction, while price growth is outstripping growth of personal disposable income. In addition, there is thought to be a risk of a moderate price correction in Montréal. This is because demand from first-time buyers is gradually fading while the number of condominium units currently under construction is nearing an all-time high.

Overall, it is thought there is only a moderate amount of overvaluation in real estate prices of between 3% and 4%.