Seattle has been named the top real estate market in the U.S. according to a new report from PriceWaterhouseCooper. 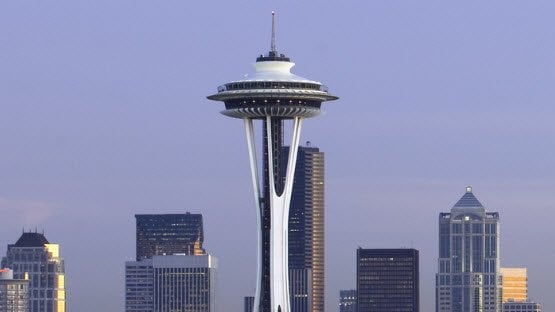 PwC’s Emerging Trends in Real Estate report, which is considered to be one of the most authoritative reports on real estate in the U.S., said Seattle came out on top due to its strong roster of technology employers, its educated workforce and its recreational opportunities. Seattle’s pole position means it puts an end to Texas’ stranglehold of the top spot, with a city from that state being ranked first for the last three years.

The report, which is now in its 39th year, is based on interviews with 800 real estate and finance professionals, plus survey responses from another 1,600.

Seattle was rated by real estate pros as the number one market for development, and number two for investing, behind Salt Lake City, PwC said. The Emerald City also boasts plenty of cultural attractions too, being one of the top cities in the U.S. for microbreweries with one for every 19,000 people. Seattle was also rated in the top five cities for its culinary delights, while the report notes that 93 percent of residents live within walking distance of a park.

PwC’s report also forecasts rapid growth for Seattle as its largest employers are likely to expand their workforces in the coming years. It’s estimated that around 150,000 people will move to the city in the next five years, which is roughly equivalent to the population of Syracuse in New York, or Dayton in Ohio. The city’s population is also getting younger, with the number of residents aged between 15 and 34 expected to grow by 17.3 percent in the same period.

Many of those coming to live in Seattle will do so to work for tech giants such as Amazon.com Inc. and Microsoft Corp., which are both based in the city, as well as more than a hundred other tech firms headquartered in and around the city.

This may not be all good news for Seattle, however. It’s well known that increasing populations are beginning to create problems for some other West Coast cities, especially places like San Francisco, San Jose and Honolulu, which are facing affordability problems that threaten to stall economic growth.