Better Homes and Gardens Real Estate is reaching out to the lesbian, gay, bisexual, and transgender community in an effort to make the real estate industry more inclusive. 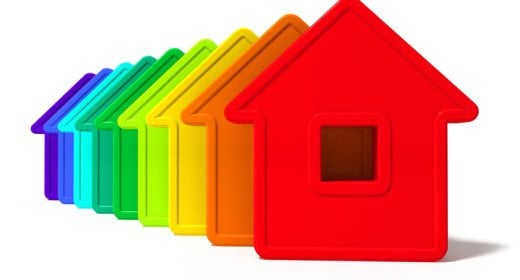 “Real estate professionals and organizations who embrace inclusion as a core principle have the opportunity to set themselves apart from the crowd in a competitive marketplace – particularly because the legal landscape in the United States for LGBT+ people is so murky, and the concerns of potential clients are so prevalent,” the real estate giant said in a new report.

Better Homes and Gardens Real Estate’s report notes that the LGBT+ population in the U.S. had a combined purchasing power of about $917 billion, rivaling that of certain other minority groups. For example, Asian Americans’ spending power in the same year was around $825 billion.

“Many LGBT+ people live currently in jurisdictions where they are not protected from housing discrimination, and may be particularly keen to engage with real estate professionals who identify themselves as inclusive,” the report continued.

The report notes that LGBT+ populations are currently not protected from discrimination under federal law. Many states do have such laws in place, but there are many LGBT+ people who’re not protected from housing discrimination. Moreover, a survey of LGBT+ respondents last year revealed that one of their biggest concerns is being harassed by neighbors or otherwise being discriminated against when it comes to housing. This discrimination can take many forms, such as being refused property viewings by some sellers or tenants, or being excluded from particular neighborhoods.

Meanwhile, LGBT+ purchasing power will likely increase. With marriage equality, it’s likely there will be more LGBT+ households in the future. Some 52 percent of the LGBT+ community has expressed a desire to marry in the future, and that will become a leading driver into real estate ownership, the report predicts.

Fifty-four percent of LGBT+ respondents own real estate and 25 percent plan to purchase real estate within the next three years, according to a 2015 study released by the National Association of Gay & Lesbian Real Estate Professionals and sponsored by Better Homes and Gardens Real Estate.