Real estate information app Homesnap is moving away from its consumer roots to focus more on providing data to real estate agents. 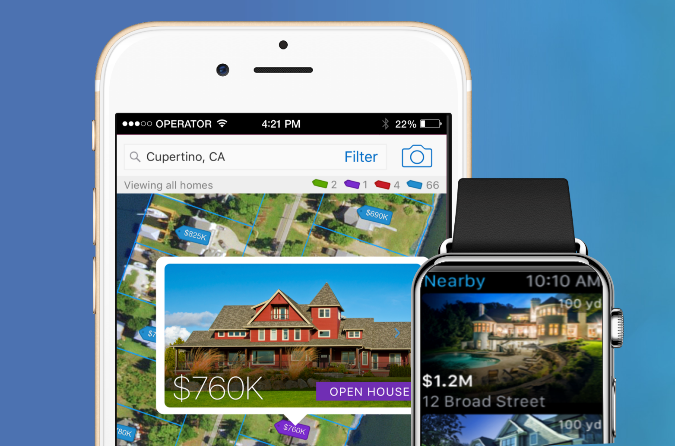 Homesnap, which began life as a consumer-facing smartphone app that allows users to snap a photo of any home to view more information about it, provides real estate professionals with “hard-to-find data” that can help them perform their jobs better.

The company, which claims its app is used by 75 percent of U.S. real estate agents, has just landed $14 million in a series b round of funding that can be viewed as a massive vote of confidence in its prospects. The round was led by Updata Partners, with participation from Moderne Ventures, bringing its total funding to $32 million.

Homesnap reckons it has more than 400,000 real estate agent users on its books. Those agents use Homesnap to find information on homes, such as the length of time a particular property has been on the market, and which agents are selling it. The app also incorporates real-time MLS listings so agents can use it to match buyers with sellers.

Mazur added that Homesnap has developed very good relationships with a number of MLS groups, who pay per agent on a per month basis to use the product. What this means is that many agents associated with those MLS groups can use the app for free.

Homesnap offers additional capabilities for agents, including online marketing campaigns for their listings on Facebook and Google. Using the app, it’s possible to create an advertisement for a particular listing in under a minute.

The company was tight-lipped about its plans going forward, saying only that it plans to use its fresh funding to create more “premium products”.