Real Estate Market Could Be Boosted by Former Homeowners

It looks as if this could be the year when the property market is boosted by former homeowners able to reenter the real estate market sooner than they thought. Last year revisions were made to the Federal Housing Administration guidelines during the summer, and were followed by technical updates to Fannie Mae loan approval systems in the fall.

These changes mean that some former homeowners will be able to buy property much sooner than they thought after having gone through foreclosure. According to the article in RISMedia, millions of former homeowners could be eligible for a mortgage in 2014, and apparently some mortgage brokers are already doing business with home buyers who had to default on mortgages during the housing crisis. Entering into foreclosure usually meant waiting seven years before being allowed to qualify for a new loan, but nowadays people who thought they would be unable to qualify for mortgages are doing so and can purchase property once more. 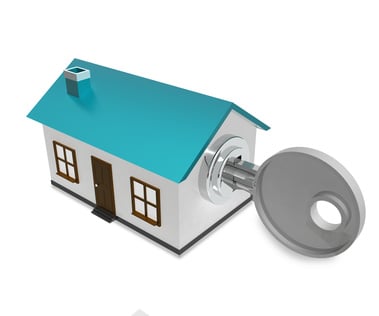 These so-called boomerang buyers are regarded by housing experts as being necessary to keep the economy growing. This is likely to become especially important as investors look less likely to buy this year due to price increases, and recent graduates may have so much debt that they are unable to purchase property just yet. In addition some homeowners are still underwater and are unable to sell and move up the housing ladder. Now that the refinancing boom is over lenders are looking for ways to increase business, and people who have undergone short sales or foreclosure, but who qualify on all other levels are now regarded as being a good bet.

In the past Fannie Mae had a process in place to enable homeowners who had completed a short sale to purchase property after two years provided they had a 10% down payment. However the automatic underwriting system in place wasn't able to differentiate between a foreclosure and short sale and it would automatically deny the loan. Although it was possible for a manual review to be requested these were often denied based on the first refusal.

Today’s boomerang buyers are more likely to be realistic about purchasing a home, but could face difficulties finding something suitable and which is still affordable.