Real Estate Prices in the US Become More Normalized

According to a report in Propertywire, real estate prices in the United States are reaching more normal levels, and it is anticipated future growth is more likely to follow historical trends. This is based on the latest data from Clear Capital.

The report from Clear Capital suggests growth for this year will be between 3% and 5%, and the peak prices might not be reached until 2021. Nationally, property prices are within 2% of long-term average levels when adjusted for inflation, suggesting prices have become more normalized and that future price increases will follow historical growth rates. Historically prices have typically increased by between 3% and 5% annually, and at the moment national growth is at a quarterly rate of 1.2% which is considered to be a healthy level. 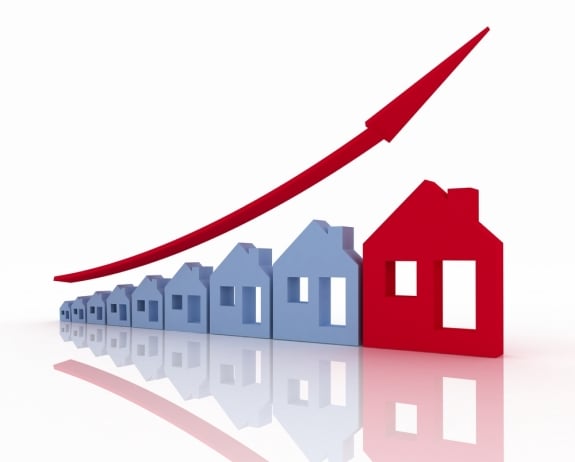 When prices are adjusted to take into account inflation then real estate prices at 46 out of the 50 metro areas are below 2003 levels, while half of the metro areas have prices below levels seen in 2000. Just one major area is able to report that home prices are within peak levels, as prices in Honolulu are at levels last seen in 2005 when adjusted for inflation. The report explains this by pointing out that Honolulu is a highly desirable area with unique supply and demand.

Metro areas are also seeing yearly gains beginning to moderate. Sacramento still tops the list with a yearly gain of 25.4%, but this is down from a high of 28% in October. In Las Vegas the yearly gains were 21.3% compared to 32.4% in October. The report points out that this shows the rate of growth reached unsustainable levels and has now corrected back to a more normal rate.

Even though most major markets have prices that are still far below their peak Clear Capital feels it's time to focus on current trends and forecasts rather than continually using peaks reached in 2006 as a reference point. Some investors and homeowners have real estate that will remain under water for at least seven years or even more, but the current economic climate means the housing market is likely to behave in a similar way to historical norms.

It's not anticipated that a price bubble will form again, although the markets in Las Vegas and Phoenix did show some signs of overheating with yearly gains reaching 30%. However now these price gains are cooling substantially, and prices in Las Vegas for example, are still more than 20% below 2000 levels.