Real Estate Prices Up 9.6% in Canada

Latest data from the Canadian Real Estate Association shows average residential real estate prices in Canada increased by 9.6% year on year in June and sales activity increased by 11% compared to a year earlier. However national home sales decreased slightly from the previous month, down by 0.8% in June compared to May.

According to the article in Propertywire, the level of sales for May and June were the strongest monthly readings in more than five years and sales for June were higher than the previous month in approximately half of all local markets. The areas registering the highest levels of increases were Hamilton Burlington and the Durham region of Greater Toronto. Not surprisingly the average property prices were greatly influenced by growth in the Greater Toronto area and in Greater Vancouver. When these two areas are taken out of the equation then the year on year growth was just 3.1%. In addition, monthly sales declined in Montréal and in Ottawa. The national average price for the property sold in June was $453,560, but when Greater Toronto and Greater Vancouver are excluded from these figures then this comes down to $346,904. 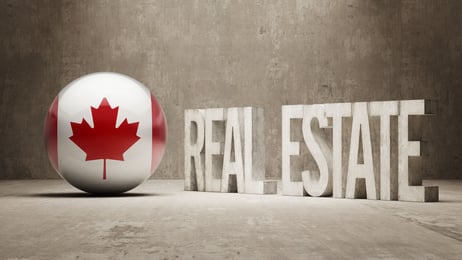 Real estate experts’ points out that low interest rates are helping to boost buyer confidence this summer, leading to greater sales activity but low interest rates are more beneficial in certain areas than others. Sales figures for Greater Toronto would be even higher if it weren’t for an on-going shortage of listings for single family homes in the area. This scarcity is fueling price increases for single family homes.

The number of homes listed in June was down by just 0.2% compared to May so overall the figures were stable. Approximately the same number of local markets showed an increase in new listings compared to those showing a decline. During June the national sales to new listings ratio was 57.2% which has hardly changed from the previous month. In January this figure was 50.4% and this marked the time when the market reached its most balanced point since March 2013. During the past six months the ratio has steadily increased along with sales figures while the amount of new inventory has remained stable.

In general a ratio of between 40% and 60% for new listings is generally considered to indicate a balanced real estate market conditions. Readings above and below these ratios indicate markets more in favor of sellers and buyers.