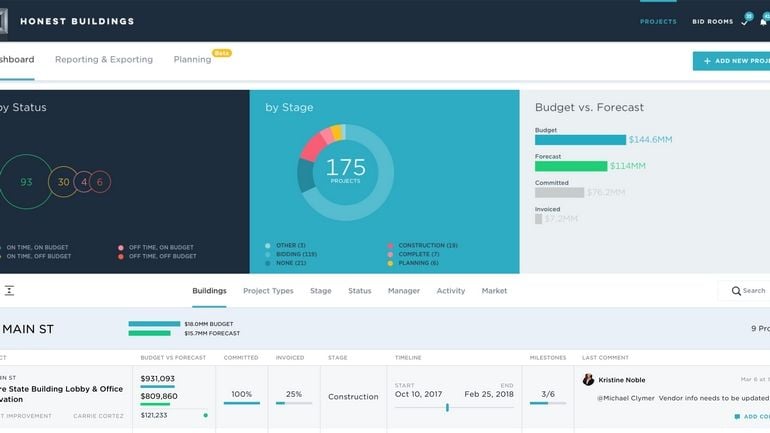 The company said its raised $21 million in a series b round of funding, following a $13 million round it closed last October.

The round was led by Oxford Properties Group, a major investor in the Hudson Yards Project, and the Durst Organization. They join the Rudin family, Brookfield Properties and a series of venture capital funds in supporting the tech startup, which has now raised $36 million, including seed funding.

Previously, most project owners typically used a series of spreadsheets to monitor that work and rarely were able to see what was happening at all their buildings in real time.

“Aggregating data across properties should improve transparency,” said Riggs Kubiak, Honest Buildings founder and CEO. “Owners fund all the work and take all the risk but are at a disadvantage negotiating with their vendors.”

Honest Buildings said it expects to facilitate more than $10 billion in transactions this year. The global market is estimated at $10 trillion.

The city’s major real estate firms are increasingly moving to invest in the sector. The Rudin Venture arm of the family-run company has 10 investments in tech companies and funds, eight of which are based in New York.

Other fast-growing companies in the “proptech” sector include VTS, which is building a similar platform for sales and leasing, and Nestio, which is concentrating on residential transactions.