RealtyTrac recently released its April 2015 US Home Sales Report which looks at the average sales prices and estimated market values for condos and single-family homes sold in April. The report covers 315 counties in the US, helping to identify markets that are evenly balanced between buyers and sellers, best buyers’ market and the best markets for sellers.

Nationally in April, condos and single-family homes sold for nearly 100% of the estimated full market value, showing a good balance between supply and demand. However when taking a closer look at these figures it’s easy to see that most markets were either in favor of buyers or sellers although there were some that were balanced.

Out of all the counties analyzed where there was a population of at least 100,000 and at least 100 sales for the month of April, 27% homes on average sold for at least 101% of that full market value. This list was topped by the Bay Area of California and Almeda, both of which achieved average sale prices of 108% of the estimated full market values. Other areas of note included the District of Columbia in the Washington, DC Metro area, Yolo County, California in the Sacramento Metro area, and Forsyth County, North Carolina in the Winston-Salem metro area where prices achieved 107% of estimated full market value. 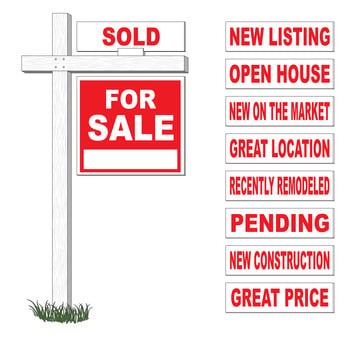 The report also showed that in 59% of markets, homes sold on average for less than 100% of the estimated full market value. The list was topped by St. Louis City, Missouri at 77%, Baltimore city, Maryland at 78% and Beaver County, Pennsylvania in the Pittsburgh metro area at 82%.

In 14% of the markets analyzed in the report, homes sold on average for 100% of the estimated full market value. These areas include Riverside County in Inland Southern California, Maricopa County, Arizona in the Phoenix metro area and Maryland in the Washington DC Metro area.

The article in RisMedia also pointed out that the report showed the median home sales price for April was $171,000, a decline of 1% from March but 2% higher than a year earlier. Some 28.7% of condo and single-family home sales in April were all cash, down slightly from 29.9% in March and 32.8% a year earlier. The areas where all-cash sales were highest were all in Florida.

Some 3.7% of single family home sales in April were to institutional investors, which are those investors purchasing at least 10 homes in a year. This figure was the same as for March but was down from 5.5% in April 2014.