Redfin ranks Most Competitive Neighborhoods for Homebuyers in 2015

Redfin reckons that the thirty most competitive neighborhoods for buying a home in 2015 can be found in just four cities. The real estate brokerage said it's not a coincidence either that the four cities – Boston, Portland, Seattle and San Francisco – also happen to be red-hot technology hubs. 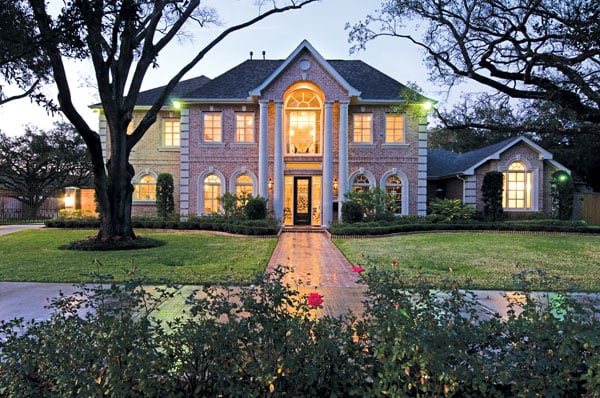 The four metro areas are a class above the rest of the nation when it comes to attracting and creating high-paying jobs in the finance, pharma and tech industries, Redfin said. And it's these conditions that have helped most of all to fire up the local housing market in each city.

“When a short supply of homes collides with high-income homebuyers you get this hot, hyper-competitive climate,” said Redfin chief economist Nela Richardson.

Redfin identified Inman Square in Cambridge, Massachusetts, as the most competitive neighborhood in the country for housing, followed by Overlake, in Redmond, Seattle.

Check out the top 20 most competitive neighborhoods for homebuyers in 2015: 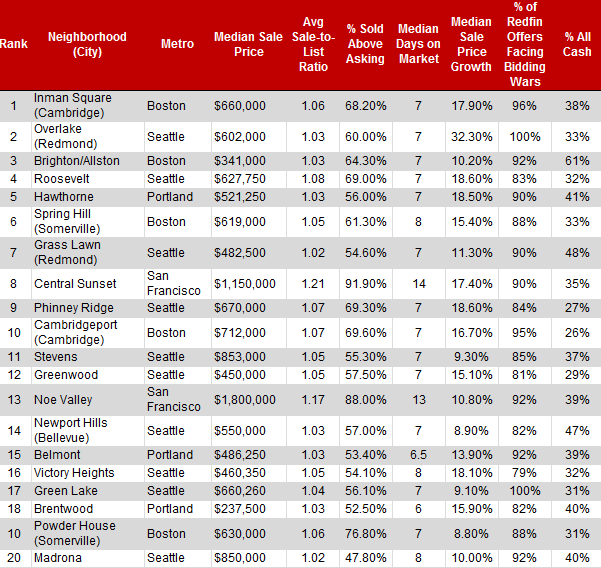 Redfin ranked the country's neighborhoods through the analysis of numerous indicators in 2015, such as the time it took for homes to be sold, the percentage of properties sold above asking price, and the percentage of homes that were subject to bidding wars. Redfin took its data from multiple listing services, public records and also its own records on agents and customer activity.