Real Estate Marketing & Beyond
Home » Housing » US Real Estate » Home Buying » Renters are less keen on buying a home than they were last year
Double-click to edit button text.
X

Real estate agents may have a tough time trying to convince renters to buy a home, according to a new survey from Freddie Mac. The survey found that while renters are more optimistic about their financial situations than they have been in recent months, they're not so keen on moving, even if their landlord decided to up the rent. 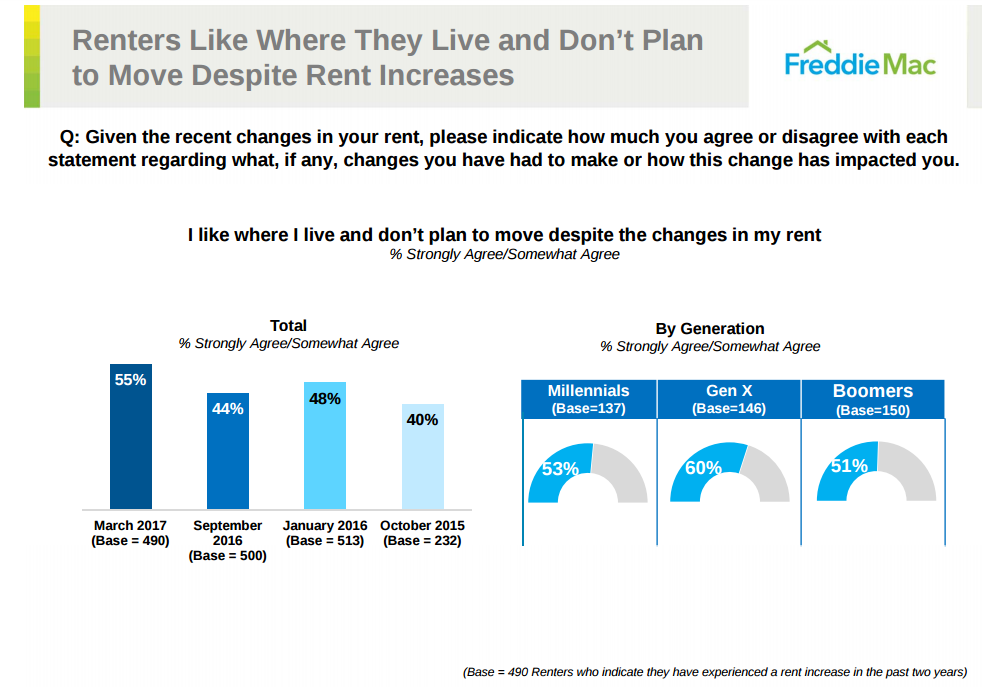 "It would appear from our new survey that renters today feel better about their finances, like where they are living, and view renting favorably," said David Brickman, executive vice president of Freddie Mac Multifamily. "This is consistent with findings from earlier surveys that show a steadily growing number of renters have a positive view of renting."

The number of renters who say they aspire towards home ownership is falling, the survey found. Some 59 percent of the 1,300 renters surveyed by Freddie Mac said they plan to rent their next home. That's up from the 55 percent that said the same thing in September 2016, when Freddie Mac conducted its last survey of renters.

The statistic is all the more surprising because renters are generally better able to afford a home now than they were then. The survey found that 41 percent of renters have enough money to last beyond payday, which is up from 34 percent last September. This increase in financial confidence was seen across all age groups, but was bigger in the baby boomer generation, rising from 38 percent in Sept. 2016 to 48 percent now.

Moreover, the percentage of renters who said they expect to own a home one day fell from 45 percent in Sept. 2016 to just 41 percent in the current survey, Freddie Mac said.