Report: Global housing prices are rising through the roof

If you thought U.S. homes were overpriced, it’s nothing compared to China.

The average price of a home in the U.S. is posting annual gains of five to six percent nationwide, but if you feel like you’re being priced out of the market, just remember it could be a whole lot worse. 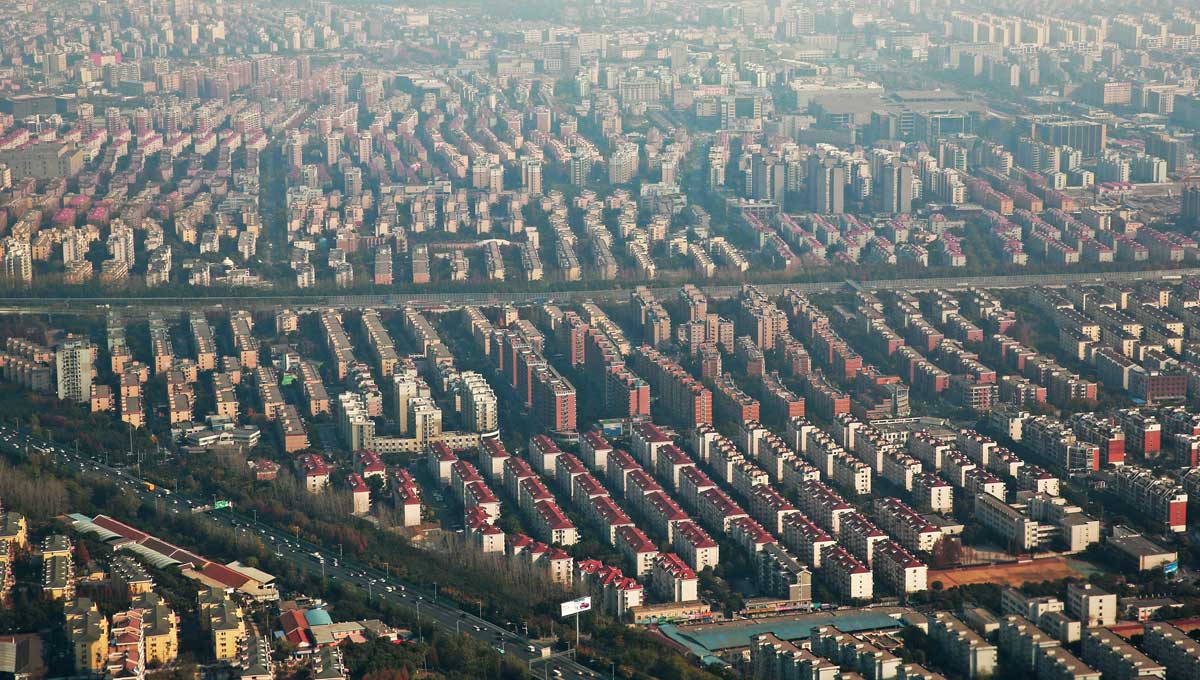 For example, you could live in China, where some cities are seeing home prices rise at an incredible 47 percent annually. That’s according to a new report from the consultancy Knight Frank, which recently ranked the top 150 metros in the world according to residential home value gains. Chinese cities dominate the list, with six of them landing in the top ten.

Compare that to the U.S., where there’s not a single city that makes the top ten. Indeed, the highest ranked U.S. city, Portland, Oregon, actually comes in at 20th place, with price increases of 12.6 percent annually. The second U.S. city is Seattle in 25th place, where prices have increased by 11 percent. Denver, the next U.S. city, ranks 38th with gains of 9.3 percent annually.

Those three U.S. cities are seeing such gains because “there aren’t enough existing homes, and the amount of new construction is not keeping up with population growth,” said Realtor.com chief economist Jonathan Smoke in a statement. “The growth can’t continue at that pace, because either the new construction will grow and help address that gap,” he continued. “Or demand will slow down because of the growing unaffordability of housing.”

But these U.S. problems pale into perspective when one considers what buyers in some Chinese cities are facing. Take the city of Shenzhen in Southern China for example. Known as a growing tech hub and therefore somewhat similar perhaps to San Francisco in the U.S., Shenzhen has seen home prices rise at an astonishing 47.4 percent per year. And it’s not alone, with Shanghai (33.8 percent) and Nanjing (31.5 percent) all seeing massive home price gains too.

“You’ve got a large amount of wealth being created in China by a burgeoning middle class,” says Kate Everett-Allen, report author and partner in the international residential research tem at Knight Frank. “[And] there is still a strong demand fueling price growth.”

In Shenzhen, a “massive demand for a lack of homes is pushing up prices,” while new-home construction fails to keep up, Everett-Allen adds. 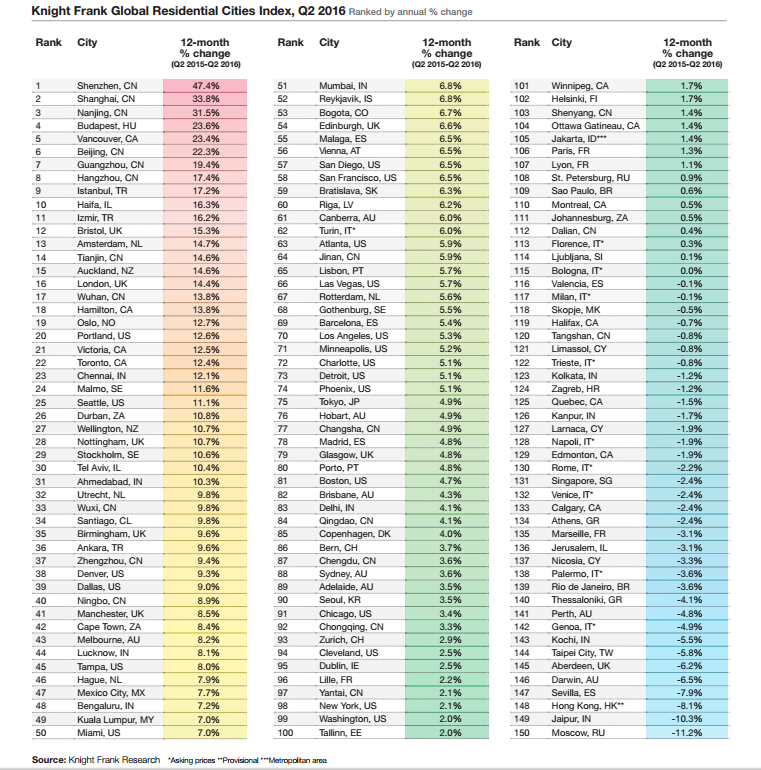 Other cities seeing rapid growth in home prices include Budapest, Hungary, which ranked 4th in the world with 23.6 percent annual gains; Vancouver, Canada, with 23.4 percent gains, and the Chinese cities of Beijing (22.3 percent), Guangzhou (19.4 percent) and Hangzhou (17.4 percent).