A recent report by RealtyTrac has identified 19 towns that have top quality ski resorts and has ranked them according to investment potential. The report looked at the local housing market, and assessed the possibility of being able to purchase an investment home that could prove profitable.

When creating the rankings, Realty Trac identified towns that had at least one ski resort and which also had a population of at least 2,500. The ski resort had to have been ranked in the top 50 out of 182 ski resorts by ZRankings  in a Forbes magazine feature that assessed the overall quality of the skiing and snowboarding experience.

As a result RealtyTrac ended up with a list of 19 towns and ranked them again according to the overall skiing experience along with various real estate factors. This included the median price of a residential property, the unemployment rate, the distance of the closest airport, rental vacancy rates and gross yields on rental property. In addition the report looked at the foreclosure rates for last year and the percentage change compared to foreclosure rates for 2010. 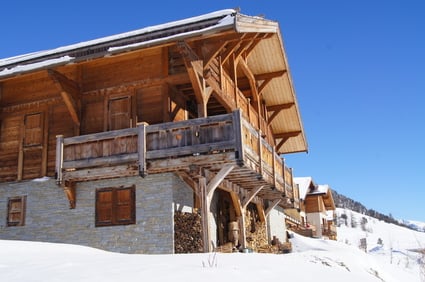 According to the report in Propertywire, buyers considering investing in a ski property should pick somewhere that has easy access for everyone, including themselves and potential rental visitors. In addition it's important to look closely at gross yields in order to assess the chances of covering the cost of the property.

Whitehorse came out top as it had the lowest median list price out of the top 19 towns. It had also registered the biggest drop in foreclosure rates between 2010 and 2013 and had the lowest rental vacancy rate. In comparison other towns with highly ranked ski resorts were not considered to be so favorable for real estate investors due to a number of different factors. This could include high median prices for housing, high unemployment rates, low gross rental yields and high rental vacancy rates.