A recent government study has found adverts for reverse mortgages which largely target seniors can be misleading. Elderly people tempted by these offers could find they end up losing their home rather than gaining financial freedom.

The Consumer Financial Protection Bureau carried out a study showing elderly homeowners are being misled by the advertising for reverse mortgages and this could result in large financial problems. According to the article in CNNMoney.com, many homeowners don’t realize that reverse mortgages are essentially loans which means they eventually have to be paid back. In addition homeowners are confused by the inaccurate and often incomplete information they receive from lenders. This is partly due to the fact that they didn’t read the fine print on the ads which are frequently shown on the Internet and on TV. 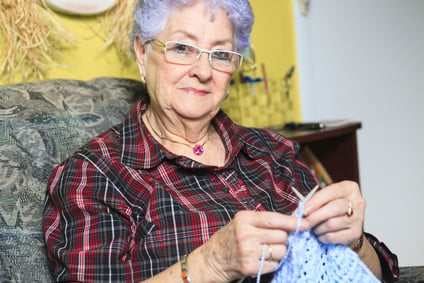 A reverse mortgage is a loan that enables homeowners aged 62 or older to release equity in their homes through taking out a loan. Payment and interest on the loan is deferred until they move home, sell up or die.

The study looked at 97 ads from a number of different lenders that were shown in five large urban markets during a one-year period from March 2013. They also conducted interviews with 59 homeowners aged 62 or older to get their overall impression of the ads. The results were interesting as apparently some homeowners thought a reverse mortgage meant they could never lose their home while others thought the money they received through a reverse mortgage was due to home equity built up over the years and therefore there was no reason why they would ever have to pay it back. This shows the information being given out is misleading, because as the study points out homeowners are still liable for insurance and maintenance on the property as well as property taxes. If they fail to pay these then they can end up in foreclosure. This information is typically shown in the fine print which not everyone bothers to, or is able to read.

Homeowners are being lured in by these ads which show older people enjoying a leisurely lifestyle on the back of the tax-free money released from their property. Some of the ads carry official -looking seals that also conveys an image that these mortgages are backed by the government. Unfortunately this isn’t true. Other ads use respected individuals to endorse their product.

With an aging population the study points out this problem could get worse and this is why it feels it’s so important that these ads don’t mislead or confuse anyone looking into reverse mortgages.