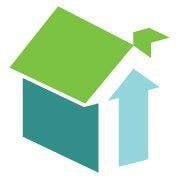 Statistics from Rightmove in the UK show home pricing up there. RightMove lists over 90 percent of all the homes for sale in the United Kingdom.

For the month of October the average seller asking price jumped some 3.5% (+£8,310). This was the largest increase in the last eight months according to the report. Reversing a price lull after London 2012, the October figures may indicate the market is not so negative as previously believed. However, Rightmove research goes on to suggest just a few segments are responsible for the trend.

Also, despite the positive news there is little reason to assume buyers will actually pay the higher price.

Miles Shipside, director and housing market analyst at Rightmove, had this to add:

“This month’s jump of more than £8,000 in asking prices is partly an anticipated bounce after the Olympic-induced activity doldrums, though with all regions seeing increases it also provides evidence of some life in the market. The prospect of a few active selling weeks before the winter slowdown means estate agents are keen to attract fresh stock to try and land more buyers. However, this stock-building could backfire if they agree to over-ambitious pricing to please a seller, as it could curb a potential buyer’s enthusiasm to arrange a viewing if the over-priced alarm bell starts ringing.”

As a snapshot, the London areas of Kensington and Chelsea saw nearly 10% increase in monthly prices according to the research. Meanwhile Camden's yearly increase in prices totaled some 14.7%. Again, prices do not necessarily indicate ultimate sales realizations, but the anticipation of a higher price is indicative.

Rightmove's House Price Index is the most up-to-date monthly sample of asking prices in the UK. It monitors changes in prices annually and monthly to provide an overall comprehensive view of the market in England and in Wales. Overall, this news from Rightmove is highly positive as an indicator of potential, at least.

For those interested, the Rightmove study can be reviewed via this PDF.