Rising rents in the nation's booming urban areas are creating crisis levels of homelessness that will continue or even accelerate as rents rise, Zillow research has found. The connection between homelessness and increasing rents is especially strong in places that are already facing rapidly growing homeless populations: New York, Los Angeles, Washington, D.C. and Seattle. 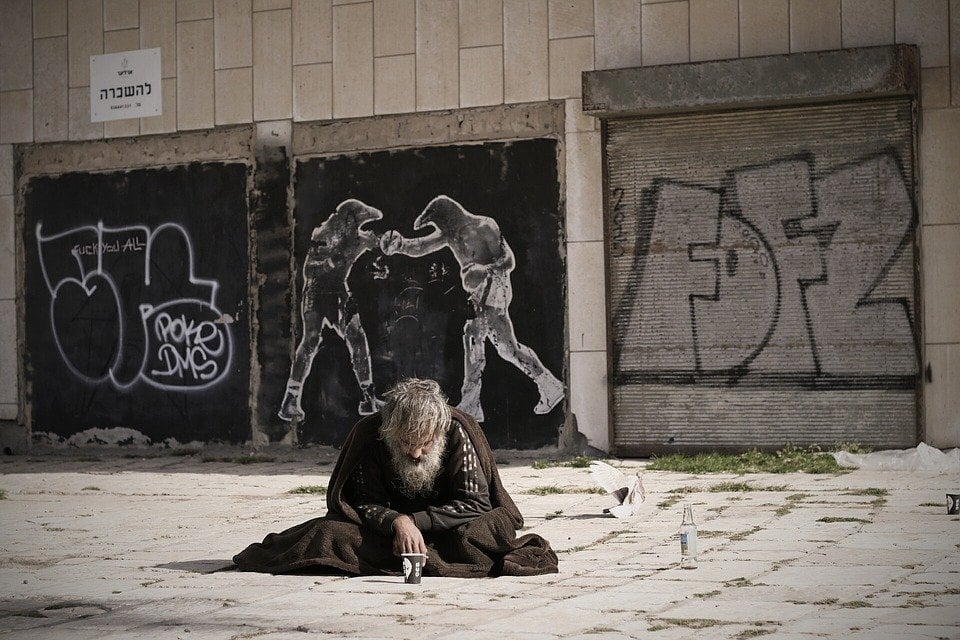 A five percent increase in New York rents over the next year would force almost 3,000 more people into homelessness, according to a new analysis from Zillow. In Los Angeles, the homeless population would grow by roughly 2,000, and Seattle would see its homeless population increase by nearly 260. While the connection between the rising cost of housing and homelessness is generally accepted, Zillow's statistical analysis is the first to forecast for each city how many people will be pushed into homelessness as rents increase over time.

Relying solely on the number of homeless people counted during a one-night survey is an imperfect method. Previous research has found that as few as 59 percent of unsheltered homeless people are included in a given count. Weather, the number of volunteers and even the count methodology can change from year to year, affecting the accuracy of the count. This new research predicts the total number of people experiencing homelessness, expanding on the counted number.

Rents are at record highs across the country, and income growth did not keep pace as rents grew, making paying the rent increasingly unaffordable. Seattle and Portland, Ore. have declared states of emergency in response to the number of people experiencing homelessness. The median rent payment in Los Angeles requires 49 percent of the typical household income, leaving little opportunity to save in case of an unexpected medical bill, or loss of a job – events which could push a family into homelessness.

"We've seen so much pressure in rental housing markets that it's created a rental affordability crisis that has spilled over into a homelessness crisis at lower income levels," said Zillow Senior Economist Dr. Skylar Olsen. "Often, the rental demand in these markets isn't being met with a sufficient supply. There are several cities grappling with this problem, but there is no one-size-fits-all solution for everyone. This report puts a number on the link between rising rents and homelessness, highlighting the very real human impact that rent increases are having across the country." 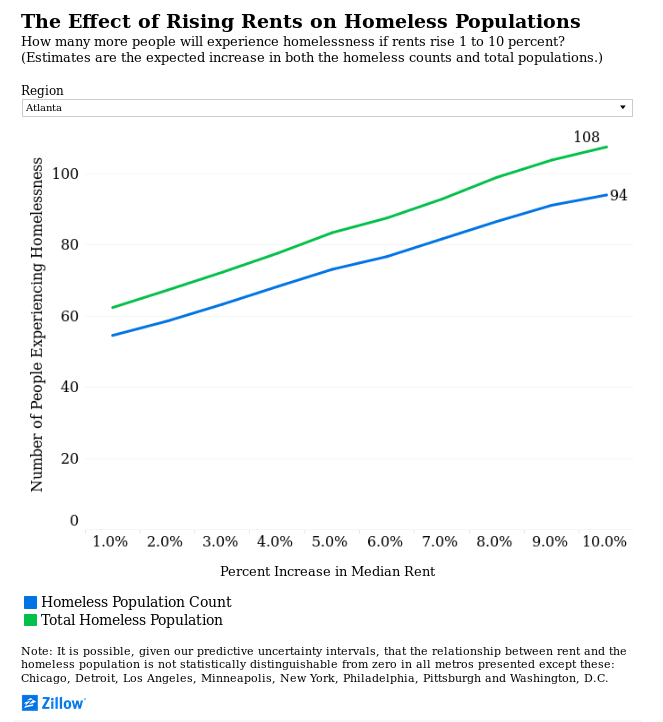 Homelessness rates in New York, Los Angeles, Washington, D.C. and Seattle increased by at least four percent between 2011 and 2016, and these cities have a strong relationship between rising rents and growing homeless populations. Philadelphia, Chicago, Minneapolis, Detroit, and Pittsburgh also show a significant connection between rising rents and homelessness rates.

Not all markets in this analysis have a strong relationship between rents and the number of people experiencing homelessness, indicating that they have found a way to interrupt the trend. Even as rents have risen in Houston and Tampa, for example, the homeless population in each city fell. Other cities where the homelessness rates also fell include Chicago, Phoenix, St. Louis, San Diego, Portland, Detroit, Baltimore, Atlanta, Charlotte, and Riverside.