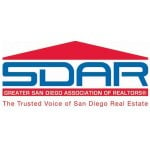 “There’s really only positive, encouraging news in these new numbers,” SDAR Board President Donna Sanfilippo said in an official press release. “You can't help but feel good about what we're seeing in the San Diego County real estate market. Homes are moving and prices are increasing. If our recent First-Time Home Buyer Clinic is any indication, which turned into a standing-room only event, San Diego is becoming a real estate town again.”

SDAR’s housing statistics (*.pdf), based on the Multiple Listing Service of Sandicor, Inc., give a more indepth understanding of the trends, complete with total sales volume on a year-to-year basis in San Diego, as well as sold listings by property type, neighborhoods and so on. 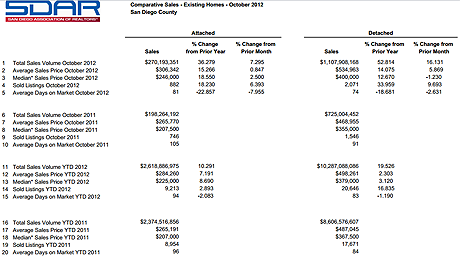