San Jose is California’s third largest city and the real estate market there is booming thanks to tech wealth coming into the area, according to an article in the FT.com.

In October the average number of days required to sell a home in the United States was 81, but in San Jose homes sold in little over a month on average, according to figures from the National Association of Realtors. Properties in the most desirable areas were selling in less than a week and according to local real estate experts there is little sign that things will change any time in the near future.

The rapid pace of home sales highlights the growing popularity of an area that has often been overshadowed by more expensive areas such as San Francisco and Palo Alto which are just 50 and 17 miles away respectively. Over the past 10 years San Jose has become one of the fastest growing real estate markets in the US. During the third quarter of this year the median price of a home was $860,000, an increase of 47.5% compared to the same period five years earlier. 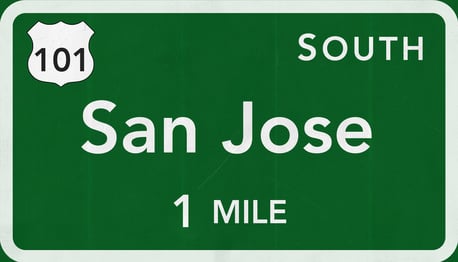 The increase in real estate prices is partly due to the expanding technology sector that is creating jobs and attracting thousands of young professionals into the area. There are numerous technology companies that are based in San Jose, including Adobe Systems and Cisco Systems, and Apple has plans to expand in North San Jose and recently bought a 40 acre site. Samsung recently moved into a 1,100,000 ft.² complex in San Jose and will eventually employ nearly 2,000 people. In addition to a technology boom, the influx of new wealth is creating a cultural boom with the introduction of new art spaces and bars and restaurants.

In spite of the increase in property prices, there are concerns about a lack of supply and lack of affordability. Inventory levels decreased by 24% in October of this year compared to October 2014 and inventory is down by 44% compared to October 2012. Combined with the lack of supply is a lack of areas in which to build so this is likely to be a concern for the foreseeable future. Although the area is attracting some of the highest paid tech workers in the country, many are still unable to afford a property. While many are earning salaries that are in six figures, saving enough for a down payment is proving to be a problem, particularly with the rapid house price appreciation in the area.