Saudi Arabia is proposing to build what it claims will be the world’s first truly “smart city”. Called Neom, the developers envisage a 10,230 square mile city and economic zone located in Saudi Arabia’s Tabuk region, which is located along the north-west coast of the country, facing Egypt across the Red Sea. 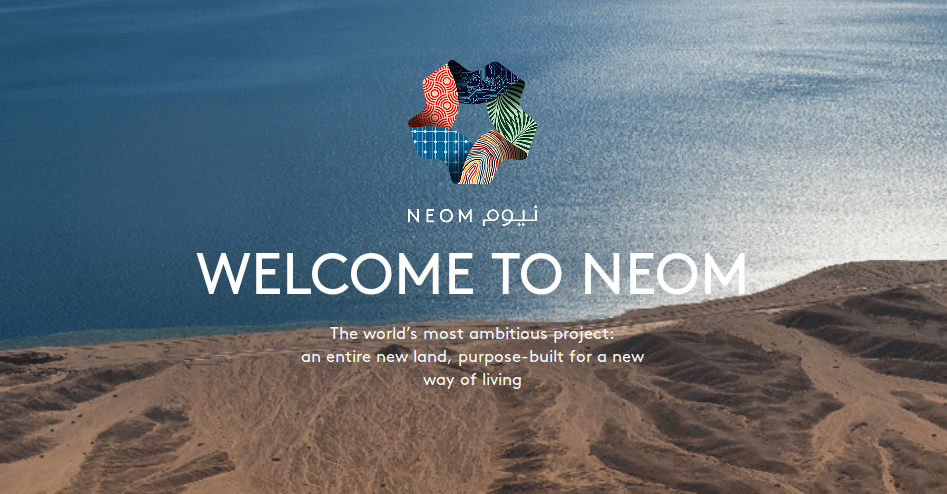 The description of Neom is a Utopian one, with Saudi Crown Prince Mohammad bin Salman saying at the Future Investment Initiative Conference in Riyadh last October that the city will “function independently from existing government framework” with its own taxes, judicial system and labor laws.

Development of the city will be led by former Alcoa chairman and CEO and Siemens AG former president and CEO Klaus Kleinfeld. The Public Investment Fund of Saudi Arabia and international investors are committing a staggering $500 billion to fund its development, with a projected completion date of 2025.

The city will follow an earth-friendly, post-oil atmosphere, with robots performing functions such as security, logistics, home delivery, and caregiving; Neom will be generated solely by wind and solar power.

The name Neom comes from the first three letters from the Greek prefix “neo,” meaning “new.” The fourth letter is from the abbreviation of “Mostaqbal,” an Arabic word meaning “future.” The city will be located in the northwest corner of the Kingdom, and includes land within the Egyptian and Jordanian borders.

Its website proclaims it to be the “world’s most ambitious project.”

Here’s a deeper dive into what to expect: