The headline of this article is the same headline topping the real estate publications in the Seattle area this week. This incredible price jump happened during the typically slow, wet, and dreary month of February.

Since Seattle is in my back yard, I thought I’d share some insight to what is driving prices. 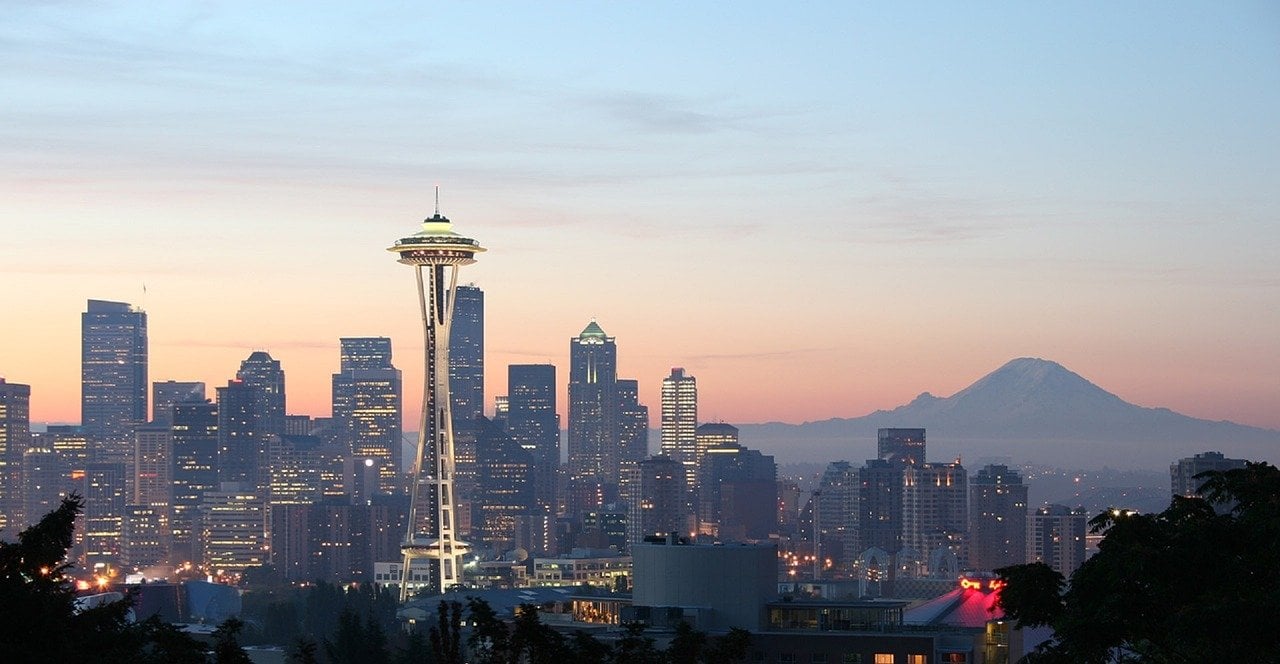 The Seattle population and city limits aren’t nearly as big as other major cities. Within the approximately 84 square miles there are slightly less than 705,000 people. Seattle is geographically challenged to both the west and the east. Seattle’s waterfront boarders Puget Sound – the third largest sea inlet in the U.S. “The Sound” is more than 100 miles in length and extends north and south well beyond Seattle. To the east of Seattle is Lake Washington – the second largest lake in the state. It too stretches north and south well beyond the boundaries of the city. Seattle cannot expand either west or east. Slightly further to the east, just beyond Lake Washington, is where the Cascade Mountains begin. East of Lake Washington and into the foothills are some of the most expensive suburbs.

That $20,000 one month jump in prices is specific to inside the city limits. Of course, that doesn’t mean prices are much less expensive in the suburbs. The overall metropolitan area stretches north and south through three heavily populated counties and well into a fourth. The U.S. Census bureau considers the metro area to run from the city of Everett in the north through many heavily populated suburban cities to Seattle in the middle. It then extends southward through many more suburban cities to Tacoma. This area contains more than 4 million people which is over half of the state’s population. East of Lake Washington and into the foothills is the City of Bellevue. A suburb of Seattle and the second largest city in the state. Homes on the eastside have an average price higher than Seattle at $950,000 and quickly approaching $1 million.

However, many people consider the metro area to stretch south well beyond Tacoma. Besides Tacoma’s own suburbs, immediately south is the military installation Joint Base Lewis–McChord (JBLM). The fourth largest military installment worldwide by population. South of JBLM the population thins for about 20 miles before coming to the state capitol of Olympia. Homes around Olympia are considered relatively affordable with a median price slightly less than $300,000.

Within this region, consider the major employers and work force. There are many major employers but most people are familiar with Boeing, Microsoft, and Amazon. They employ a highly skilled work force and countless subcontractors. Boeing’s engineers and blue-collar workforce build commercial and military hardware capable of the fastest travel to any point on earth and into space well beyond comprehension. Amazon delivers merchandise to almost every point on earth and has its own outer space launch capability. Boeing, Microsoft, and Amazon all began as entrepreneurial businesses in the Seattle area and maintain a major presence. Although Amazon is searching for HQ2 elsewhere, the company continues vast expansion in the Seattle metro area.

Despite its reputation for constant rain, the Seattle region offers a very diverse outdoor environment. It goes from sea level at Puget Sound (the Pacific Ocean beaches are a day trip) to snow skiing just beyond the Cascade foothills to a complete desert landscape on the other side of the mountains. Little wonder that Recreational Equipment, Inc. (REI) is another major employer headquartered here. According to TripAdvisor, there are more boats per capita in Seattle than in any other US city.

The region is also a major transportation hub. Sea-Tac airport is a gateway to the Far East (over the north pole is the shortest distance) and all other worldwide destinations. It is considered one of the fastest growing airports in the United States and the world. For sea travel, Puget Sound is essentially a giant inland harbor offering deep-water ports in Seattle, Everett, Tacoma, Olympia, and many other smaller ports.

It has taken the world a long time to discover what Seattle and the region offer. But today, people are plopping down almost $1 million to live in homes that cost $200,000 or less in most parts of the country. Still, it’s less expensive than San Francisco.