Real Estate Marketing & Beyond
Home » Technology Insider » Real Estate Technology » Self-driving trucks could be coming to a highway near you
Double-click to edit button text.
X

Self-driving trucks could be coming to a highway near you

By Mike Wheatley | May 18, 2016
TwitterFacebookLinkedInBufferPinterestCopyReddit

Everybody’s heard of self-driving cars and how they can supposedly help to minimize traffic problems, save on fuel and improve safety, but a new startup is taking the concept a little bit further in the form of self-driving trucks. 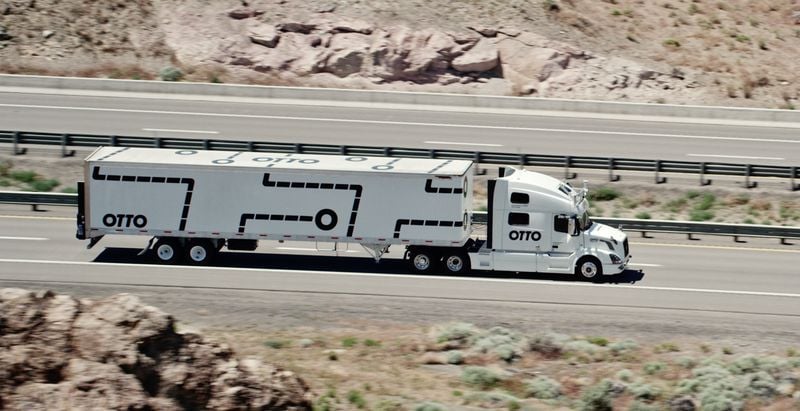 Otto doesn't want to build its own trucks. Instead, it wants to make “hardware kits” that can be installed in existing trucks to transform them into driverless vehicles. Except the trucks (at least for now) would still have a driver, because Otto is focusing on highways only – which of course, account for the vast majority of any truck’s route. Automated driving on highways is a lot easier than navigating through towns and cities, which is where the human drivers would take over. At present, Otto is still testing its hardware kits on a Volvo VNL 780 truck, but will soon start trials with other kinds of trucks, including Class 8 trucks, which are the largest and heaviest in the U.S.

Otto has no timeline or price tag for its commercial product yet, partly because the regulatory environment is unclear on the legalities of driverless trucks. Levandowski told The Verge that there doesn’t actually appear to be any law that bans self-driving vehicles from driving on the roads, so long as a human remains in the driver’s seat.

One of the obvious benefits of Otto’s product is it may help trucker firms to keep their vehicles on the road for longer, thus generating more profits. Currently, human drivers are limited by the number of hours they can stay on the road each day, but if an Otto-powered truck can automatically drive the vehicle for several hours a day, it opens up the possibility that trucks could be kept on the road for much longer, assuming regulators agree with it.