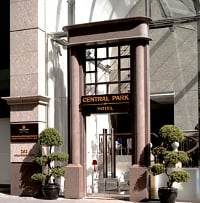 In investment news from Singapore, Keppel Land Limited has announced their Alpha Investment Partners arm's closing of its Alpha Asia Macro Trends Fund II of over $460 million as of June. According to the news, eight institutional investors made up the bulk of this round of funding.

"Building on the strong performance of the AAMTF, the successful closing of the AAMTF II reflects the confidence of institutional investors in Alpha's proven track record. AAMTF's return to-date has exceeded 26% p.a since inception. The 2007 vintage funds have generally recorded poor performance, with many affected by the global financial crisis, but we were able to significantly outperform our peers and our absolute return benchmark. Having the discipline not to invest too early and having the courage to act when the markets were down in 2009 has helped AAMTF's performance. Similarly, today's environment has become more uncertain and whilst we have to be more cautious in our approach, we do expect to see some good opportunities emerging in our target markets for AAMTF II."

Right off the bat, AAMTF II has enterned into an agreement to acquire a 142 room Central Park Hotel entity in Hong Kong for a reported $80 million US. The hotel is situated along Hollywood Road on Hong Kong Island, just outside the city center. Current occupancy of the hotel stands at or above 90%, according to this news. Alpha currently manages five funds with assets totalling more than $7 billion US. The company headquarters are located in Singapore, but operate from Seoul, Tokyo, Shanghai, and Taipei.