Smart Home Gadgets to Cut Energy Use May Do the Opposite

Many people are interested in purchasing smart home gadgets to help cut the cost of their energy bills. Devices that can be operated from a smart phone to control heating and cooling and lights and smart plugs are now widely available.

However, an Australian study discovered that these smart home gadgets don’t always work as intended. The article in the conversation.com points out that sometimes households will use them in ways that can increase energy usage. Another problem is that many people find them too complicated to install and to set up. 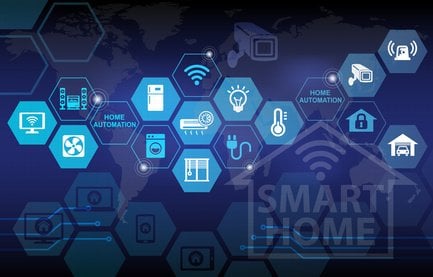 For the study, researchers supplied 46 households with two smart devices. The households were carefully selected to include a broad range of users rather than just those who were tech savvy. Researchers were surprised by the results as one-quarter of households didn’t even make the attempt to install devices while another quarter tried but failed to install them successfully. A further quarter of users managed to install them but then failed to use them, considering them not to be useful enough or inconvenient. Just one quarter was found to be actively using the devices.

Those users who tried to install the devices but failed cited unreliable Wi-Fi or Internet access, compatibility issues with their smart phone as well as problems with the device app. The people who could successfully install and use the devices were more likely to be male and technology enthusiasts, something that is consistent with earlier studies.

The people who were most interested in the devices were those who were more likely to encounter difficulties paying energy bills and placed greater value on potential savings. Even though they may have wanted to use these smart home gadgets successfully, they were more likely to be hampered by a lack of a reliable Internet connection or having a high-end smartphone that could successfully control the devices. Those aged over 55 were least likely to use the devices.

The study didn’t set out to measure energy consumption but it found that households were more interested in the potential for smart home devices to improve their lifestyle. The way they chose to use their devices was found to potentially decrease and increase energy consumption. For example, while some people chose to reduce the operating time of appliances, others choose to increase their operating time, either by running devices to give the home lived in look to deter intruders, or by preheating the home before they got back from work.