The dream of a more modern and futuristic home has probably been around since before recorded history. After all, caves had dirt floors that evolved into wooden floors, which required brooms to sweep out the dirt. Centuries later the vacuum cleaner came along to automate getting the dirt out. When household appliances first appeared on the market around 1900 was a turning point in man trying to define the modern home. It was about 1901 when the first engine-powered vacuum cleaner came on the scene. 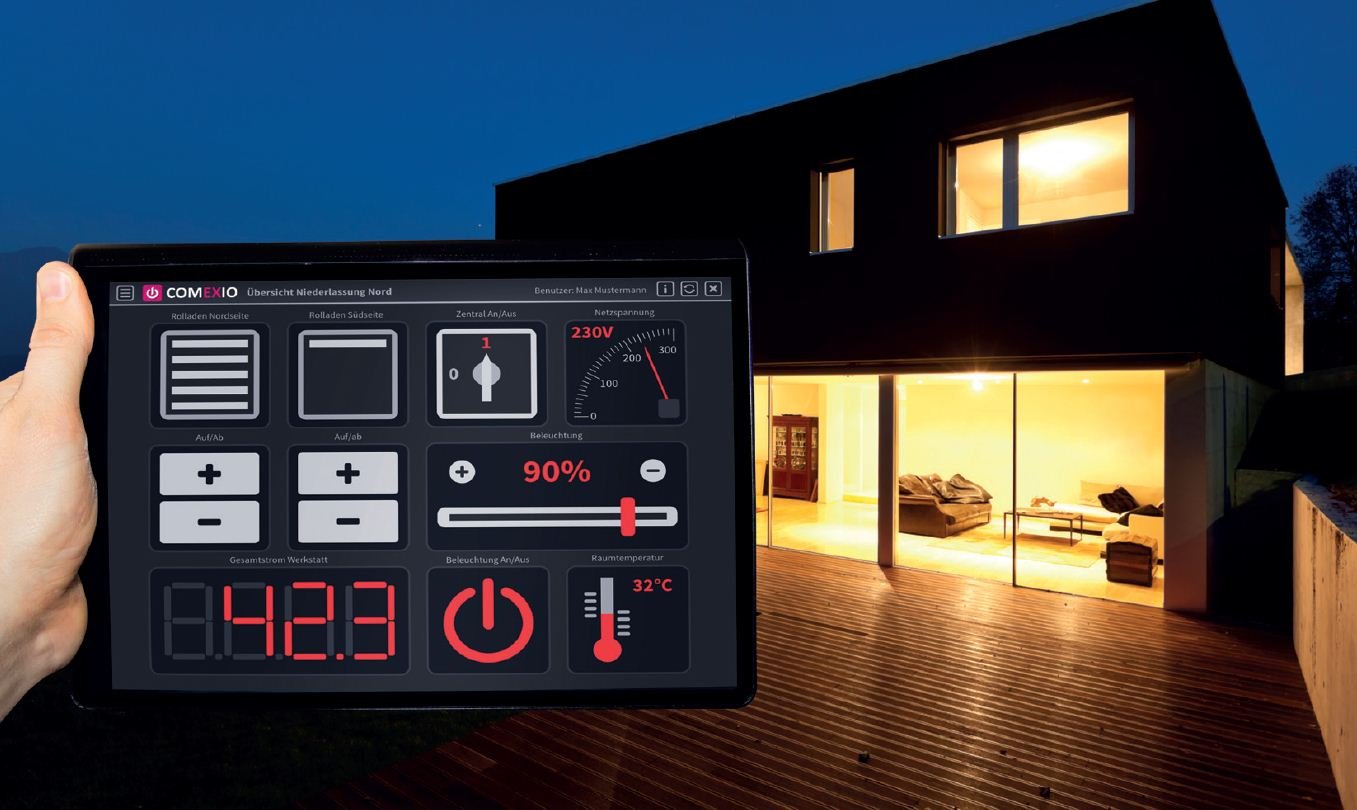 Ever since then, the future of homes has been about conveniences such as the flip of a switch turning on electric lights and refrigerators preserving food. From the 1930s well into the 1950s, robots running the house were the mainstay vision of the future home. Today, that vision hasn’t strayed much with an ongoing quest for automation of a home that runs itself. One of the most memorable and lovable versions of futuristic homes was the Jetsons cartoon that first aired in 1962. Although the show never specified the year it was set in, characters often referred to living in the 21st century with promotional materials saying it was exactly 100 years in the future. A notable fact is that one episode indicates they lived in elevate homes because the surface of the earth had become uninhabitable and in another episode the Jetsons’ home becomes submerged by a rising sea.

Completed in 1997, Bill Gate’s home of the future took 7 years and $63 million to build (accessed at $125 million in 2006). Although truly an expansive mansion of luxury, primary in Gate’s design was a functioning home of the future that cannot be replicated by the average homeowner today. Among the enduring technologies is a wireless lapel pin that you put on when entering the 66,000 sq. ft. lakefront estate. The pin customizes your environment as move from room to room and building to building. Adaptive features include temperature, lighting, music, and wall art that changes as you change rooms.

The 1990s smart home technologies more in line with what average consumers could afford were the “Clapper” on/off switch and the revolutionary personal security known as “I’ve fallen and I can’t get up.” Although convenience has long been the hallmark of the futuristic home, security has moved to the forefront. Home security is also one of the most vulnerable aspects of today’s smart homes.

The good news is that the price of processors, Bluetooth, Wi-Fi antennas, and anything that can be connected is consistently becoming more affordable. The not so good news is that these connected devices often contain gaping security holes. The more you want these devices to do for you, the more they need to know about you. These machines know you and your family’s routines, schedules, and often where you are. All of this wireless data is floating through the air and walls. We know the data of major corporations and governments can easily be hacked. What’s stopping your less than military grade encryption from being accessed almost at will? That doesn’t even include reading the convoluted privacy fine print that comes with each device about where, when, how your information is sold to third parties.

I’m not going to pretend to tell you of all the potential security risks. But one that horrifies many people are the documented cases of strangers communicating with children through these devices (including baby monitors). If you think demanding a ransom for your hijacked computer data is intrusive, how long will it be before the appliances in your home and even your keyless entry are held up for ransom? The fact is many Internet of Things (IoT) are built for convenience with security often not a consideration at all, let alone a primary one. Surveys show that consumers are much more concerned with the cost of these devices than security features.

When Bill Gates was building his futuristic home, there were often up to 300 employees working on a given day. Of these, 100 were typically electricians. Today, setting everything up yourself is increasingly doable but it’s still difficult. Yesterday’s visions of future homes assumed these would have to be built from the ground up so that all the wiring and automation could be embedded in the walls. The ease of use of Wi-Fi networks has mostly made automating 20-year-old homes simple and low cost.

There are many things predicted for the short term future of smart homes. One is refrigerators that take note and place orders when food containers reach a certain level. Another version is smart garbage cans that do this when a container is thrown out. Digital cutting boards could be particularly helpful until we have fully automated kitchens.

A technology being tested today is having artificial intelligence place human sounding phone calls. This is great when you’re number 48 in line with a call center. It will also make your restaurant reservation. But when it comes to security, what about the recent case when Amazon’s Echo recorded a conversation between husband and wife and then dialed a telephone to share it with one of her husband’s employees?

Besides enhancing security, mostly needed is for the industry to integrate systems or we are going to have goofy AI misunderstandings between 14 appliances and the front door. There’s much more to come with a global smart-home market that analysts estimate could be worth $107 billion by 2023.

What’s your take on smart home technology? Please comment below. If you have a question that might interest other readers or a suggestion for a future article please submit ideas to [email protected].